Enrique Iglesias and Keith Urban might be joining American Idol as judges, too. It’s getting crowded up in here! 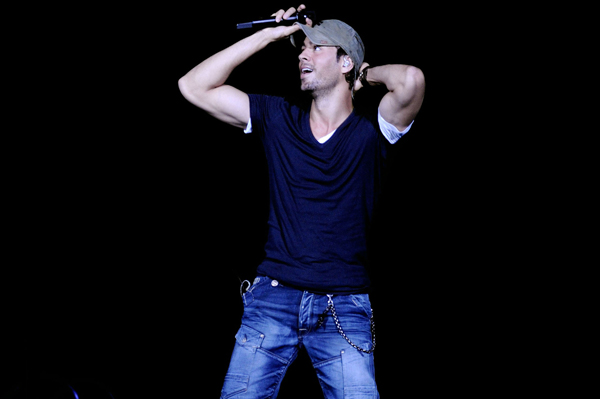 Move over, Mariah Carey: It’s about to get crowded at the American Idol judge’s table. The iconic singer – already confirmed to judge the new season of the FOX talent competition — will reportedly share the table with three other judges. We already heard that the likely contender for slot No. 2 is Nicki Minaj.

“I’m not sure the deal is completely done yet, but yes, she is definitely doing it,” an insider told US Weekly on Monday. “A few more slight things to sign off on but it is happening.”

As for the other two? The Hollywood Reporter cited sources over the weekend saying that FremantleMedia (the production house behind Idol) is looking to round out the judges with a Latin star and a country singer. Enrique Iglesias, ironically now on tour with just-departed Idol judge Jennifer Lopez, is the likely contender for the Latin star position. The country slot is rumored to be Keith Urban.

We can get behind these two as judges: Both are super-talented, plus it’ll be nice to stare at Iglesias for a couple of hours each week.

This whole thing is so confusing, though: First, Adam Lambert was rumored to be in consideration for the job, then everyone from Aretha Franklin to Nick Jonas was named. Our names were even mentioned as possible contenders. OK, not really — but we wouldn’t be surprised at this point. Can they just hurry up and make the announcement already? We need to decide if American Idol will finally be worth watching again.

Probably not, but we can dream.