Madonna did more than just offend during her trip to Russia in early August. Some concert attendees are suing the singer for millions because of her pro–gay rights stance. 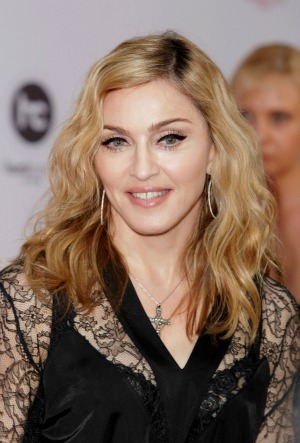 Madonna made waves when she visited Russia earlier in August and protested against the country’s strict gay rights stances.

“Anti-gay sentiment is strong in Russia,” said the Associated Press. “In St. Petersburg, a law passed in February makes it illegal to promote homosexuality to minors, and the author of that law has pointed to the presence of children as young as 12 at Madonna’s concert on Aug. 9.”

Now some Russian activists are suing the singer because they feel offended over her support of gay rights.

Reportedly nine activitists are asking for a total of $10.5 million from Madonna, the concert promoter and the venue, said the AP.

“No one is burning anyone at the stake or carrying out an Inquisition,” Alexander Pochuyev, the lawyer for the activists, said. “Modern civilization requires tolerance and respect for different values.”

The activists did not believe that the singer was respecting their values.

“The complaint includes a video taken at the concert showing Madonna stomping on an Orthodox cross,” said the AP, “and asking fans to raise their hands to show the pink armbands in support of gays and lesbians that were distributed among the audience.”

Madonna also spoke out about the arrest of punk rock band Pussy Riot for “hooliganism.”

“Maria Alyokhina, 24, Nadezhda Tolokonnikova, 22, and Yekaterina Samutsevich, 30, stormed the altar of Russia’s main cathedral on February 21 and sang a ‘punk prayer’ calling on the Virgin Mary to rid Russia of Putin,” said Reuters, “who was then campaigning to return to the presidency after four years as Prime Minister.”

After Madonna left the country, the three members of the band were sentenced to two years for the stunt.

Madonna responded to the verdict, urging “all those who love freedom to condemn this unjust punishment,” said the AP.

The singer has not commented on the new lawsuit.