NFL is going all out to kick off its 2012 season. The hour-long concert takes place before the Dallas-Giants game on Sept. 5. 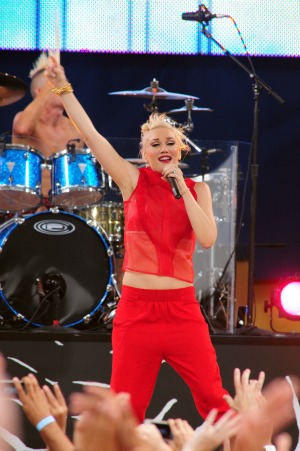 With all the pre-season games underway, it’s hard to believe that football season doesn’t officially start for a few weeks.

The Sept. 5 game between the Dallas Cowboys and New York Giants will kick off the right way. Mariah Carey and No Doubt have signed on to perform before the game.

“Carey and No Doubt are set to perform live from Rockefeller Plaza before the New York Giants–Dallas Cowboys game at MetLife Stadium in New Jersey,” said the Associated Press.

No Doubt is no stranger to playing for football fans. The band performed at the 2003 Super Bowl between the Oakland Raiders and Tampa Bay Buccaneers. Even though drummer Adrian Young said he is a New Orleans Saints fan, he is still excited to perform.

Mariah Carey is equally happy to be there.

“Carey says she’s thrilled to be performing in New York — which she called her hometown — and adds she’s looking forward to making the season launch ‘even more festive,'” said the AP.

The pre-game show will be a full hour and will begin at 7:30 p.m. Eastern time.

Both artists are working hard at promoting their new music. Carey released her new single “Triumphant (Get ‘Em)” on Aug. 14. No Doubt is planning a new tour and getting ready for their album release on Sept. 25. Push and Shove will be the first album they will have released as a band since 2001.

The band will be performing at the iHeartRadio Music Festival in Las Vegas four days before the release of their album.

Mariah Carey just signed on as a new host on American Idol. The singer will replace Jennifer Lopez on the show, who left earlier this summer.