NBC won the bidding war over Michael J. Fox’s new show — which will resemble his own life in more ways than one. 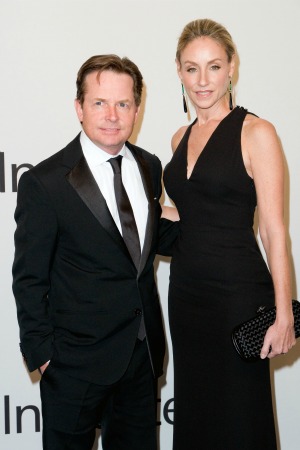 It was just a few days ago that multiple television networks were reportedly in a “feeding frenzy” over Michael J. Fox’s return to TV.

The new sitcom was reportedly co-written by Arrested Development writer Sam Laybourne. Beyond that, details were scarce.

But today, the new show was announced.

“Fox will star in a loosely autobiographical comedy about a husband and father of three from New York dealing with family, career and other life challenges — including Parkinson’s,” said Yvonne Villarreal with the Los Angeles Times.

And as for that feeding frenzy, it looks like NBC came out on top. The network signed Fox’s new show with a 22-episode commitment, according to Villareal.

“To bring Michael J. Fox back to NBC is a supreme honor and we are thrilled that one of the great comedic television stars is coming home again,” NBC Entertainment chairman Bob Greenblatt said in a statement to Villareal. “From the moment we met with Michael to hear his unique point of view about this new show, we were completely captivated and on board.”

Since then, Fox starred in many movies before returning to TV in 1996 on Spin City (this time on ABC). He left in 2001, two years after being diagnosed with Parkinson’s disease. He joined The Good Wife in 2010, a CBS show.

“I’m extremely pleased to be back at NBC with a great creative team and a great show,” Fox told Villareal. “Bob Greenblatt and all the folks at the network have given me a warm welcome home, and I’m excited to get to work.”

NBC is equally excited to be working with Fox. Though the actor has struggled with his disease, he has a lot of support.

“He is utterly relatable, optimistic, and in a class by himself, and I have no doubt that the character he will create — and the vivid family characters surrounding him — will be both instantly recognizable and hilarious. Being in business with him is a supreme pleasure,” said Greenblatt.