The show has finally made its long-awaited decision about who will fill Regis Philbin’s shoes. But they are making us wait at least a few more weeks. 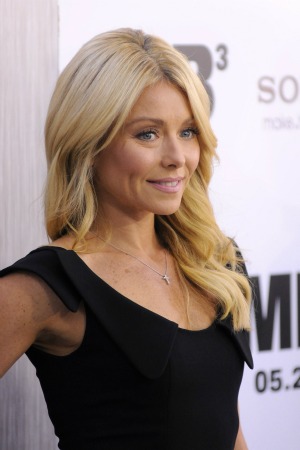 We have been waiting patiently for months to hear who the new co-host of Live! with Kelly will be.

And today they announced… we have to wait a little longer.

The announcement said that the show has decided on a new host, but we will have to wait until Sept. 4 to find out who it is. You would think this is when the season starts, but they are making us wait even longer than the first show.

“On Sept. 3, [Kelly] Ripa will kick off the new season of Live! by herself,” said Meredith Blake with the Los Angeles Times. “The next day, the show will end months of frenzied speculation when Ripa’s new partner finally joins her onstage.

“In November, longtime host Regis Philbin announced he would be leaving the show, and since then Ripa has co-hosted with 59 guest hosts,” said Blake. Many of those were rumored to be interviewing for the job.

The most recent rumor was that Saturday Night Live head writer and actor Seth Meyers would be the host, but he quickly said that was not the truth.

Ripa appeared on Late Night with Jimmy Fallon and backed up Meyers’ denial.

“When you see Seth Meyers in the morning, it is like looking at a vampire,” Ripa told Fallon. “He’s not ready — he’s like, ‘How do you do this everyday?'”

Meyers is not the only one who had been rumored to have the job.

“Also not in the running is Ripa’s husband, actor Mark Consuelos,” said Blake. “In an interview with Vanity Fair, the perky blond ruled out the possibility he’d join her on the show.”

Other guest hosts that may have been considered for the job include Josh Groban, Kristin Chenoweth, Taye Diggs, Alec Baldwin, Jonah Hill and Neil Patrick Harris.

In June, Ripa even opened up the auditions to viewers around the country.