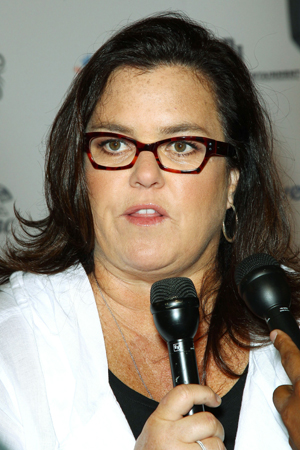 Leave it to Rosie O’Donnell to put her scary brush with death in poem form. The comedian and actress revealed on her blog that she had a heart attack — and it almost killed her.

“last week i had a heart attack/here is what happened/on tuesday morning/while walking in a parking lot in nyack/i heard a loud commanding voice/’can u help me,'” she wrote.

O’Donnell turned to see “an enormous woman” who was stuck in her vehicle. She helped the woman out and went about her day. But she started feeling some pain in her chest and arms.

“a few hours later my body hurt/i had an ache in my chest/both my arms were sore/everything felt bruised,” she wrote, adding that soon her skin turned clammy and she felt nauseous.

O’Donnell then thought it might be a heart attack, so she Googled the symptoms and took a Bayer aspirin.

She later went to a cardiologist, who sent her for an EKG and then to the hospital. It turns out that one of her arteries was 99 percent blocked — a “widow-maker” heart attack, meaning most victims would die from it.

O’Donnell had a stent put in to help clear the blockage, and she’s “now home and resting comfortably,” according to her rep.

The heart attack came just weeks after the former host of The View revealed that her fiancee, Michele Rounds, suffers from desmoid tumors.

“She is recovering from surgery [she had] in June,” O’Donnell told People of the rare condition. “[She’s] getting stronger every day. We have joined the fight against this disease, raising money and awareness.”

Sounds like they’re both lucky to be alive. Let’s hope O’Donnell takes this as a wake-up call to pay more attention to her health.