Four former cast members of the mobster crime drama have teamed up to help out a friend. The movie was co-written by the man who played Bobby on The Sopranos. 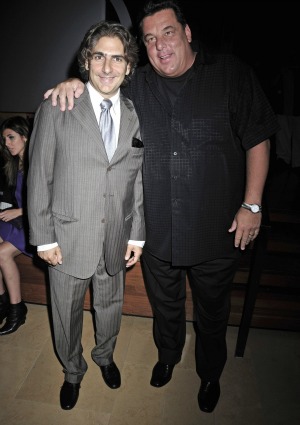 It’s hard to believe it’s been five years since the last episode of The Sopranos aired, and many fans have been hoping for a reunion project since then.

Well, they’ve gotten their wish, but maybe not quite in the way they had imagined. A new Nickelodeon movie will feature four Sopranos actors. Yes, that Nickelodeon. And in fact, the movie is a made-for-TV kids movie.

The movie also stars Rita Moreno, Cristine Prosperi and others.

The four Sopranos actors have not worked together in five years.

“Nicky Deuce is based on the children’s book of the same title authored by Schirripa and Charles Fleming,” said the Associated Press.

The other former actors of The Sopranos have been pretty busy. James Gandolfini, who played Tony Soprano, the patriarch of the crime show, has worked on 11 projects since the show ended in 2007, and he has five more projects in the works.

Edie Falco, the actress who played Carmela Soprano on the show, starred in a season of 30 Rock as Alec Baldwin’s love interest. She then starred in her own show, Nurse Jackie, from 2009 to 2012.

Lorraine Bracco, better known Tony Soprano’s psychologist, has been a cast member on Rizzoli & Isles since 2010.

The title character in Nicky Deuce is no stranger to the genre. Noah Munck, 16, has starred in Phineas and Ferb and Tom Sawyer & Huckleberry Finn (to be released in 2013) and has played Gibby Gibson on iCarly since 2007.

Nickelodeon announced today the movie will premiere in 2013 on the network; it is currently in production in Montreal.