Celebrities hook up and break up so often it’s tough to keep track of who’s dating who. While we love a good tabloid story, star-powered couples ending their relationships can also teach us a thing or two about breakups, love and dating. 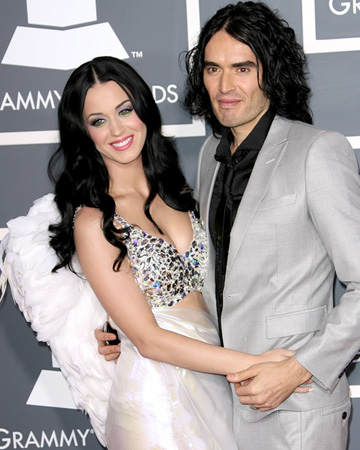 Getting married too soon is a bad idea

We saw it with Kim Kardashian and Kris Humphries; we saw it with Katy Perry and Russell Brand; we even saw it with Britney Spears and that guy she was married to for about 14 seconds, and we’ve seen it with a whole host of other celeb couples. Walking down the aisle too soon is often a one-way ticket to relationship disaster. Getting to know a person is key when it comes to knowing whether you’re compatible enough to get married. Otherwise, you find out down the road that he wants kids and you don’t, you want to live in the city and he doesn’t, or you just can’t stand living together.

Lesson learned: Know you’re ready before you tie the knot.

If you’re not careful, you will get caught

How many times have we seen celebs on the covers of tabloids doing something they shouldn’t? Ashton Kutcher was photographed in a hot tub with a bevy of ladies (none of whom were Demi Moore). Kristen Stewart was caught getting (ahem) cozy with a guy that was definitely not Robert Pattinson, and the list goes on. It just goes to show that no matter how sly you think you’re being, you will get caught. If you’re a celebrity, the paparazzi will find you, and if you’re a regular person, your significant other will eventually catch on.

Lesson learned: If you want out of your relationship, be honest. Don’t get caught with your pants down.

Fighting in public (or in the tabloids) is tacky

Airing your dirty laundry post-breakup is something celebs seem to do fairly regularly, by leaking information to magazines through their publicists. We saw it with Halle Berry and Gabriel Aubry (who had an ugly split) and we saw it with Heather Mills and Paul McCartney. We even heard it when Taylor Swift took a swipe at John Mayer in song. But being angry doesn’t mean you should tell everyone who will listen how horrible your ex is. What happened between you is your business and his, not the rest of the world’s, too.

Lesson learned: Keep your dirty laundry to yourself.