The Survivor cast announcement for season 25 is out! Meet 15 of the castaways we’ll be watching battle it out in the Philippines this fall — and get a hint of the three mystery players yet to be revealed. 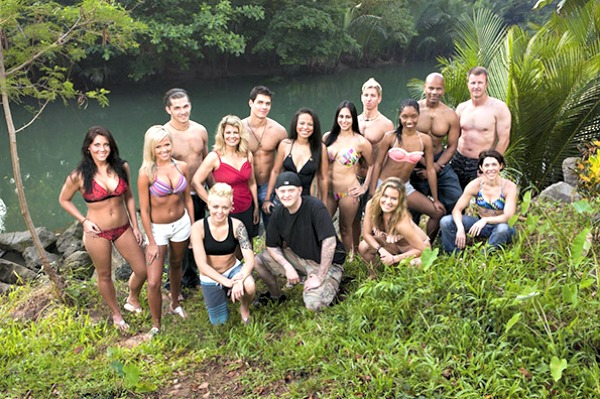 Set eyes on the season 25 cast of Survivor! These 15 players, along with three more who have yet to be revealed, have tried to outwit, outplay and outlast one another in the Philippines for our viewing pleasure.

The Survivor cast announcement, courtesy of CBS, reveals two competitors with a previous claim to fame: former Dodger’s baseball player Jeff Kent and actress Lisa Welchel! The Facts of Life star, an admitted super-fan of the show, recently blogged about her experience in the Philippines.

Speaking of filming, which concluded in April, Lisa Welchel wrote:

“I don’t think ‘fun’ is the word I would use to describe my experience. Those days on the island were the hardest thing I’ve ever done in my life. It pushed me to my extreme limits physically, mentally, spiritually, and especially, emotionally. I’m so very grateful for the opportunity and I’m so glad I did it but I think it’s like childbirth…I may need to put a few years behind me and some perspective in front of me before I would ever consider doing it again.”

Among the 12 non-famous contestants in the Survivor: Philippines cast are two beauty pageant winners, a seminary student, a sex therapist and a cancer survivor.

Richard Hatch is a prison survivor >>

Not yet revealed? Three castaways who have competed in the game before! A trio of lucky competitors who were forced to leave the show prematurely due to medical issues will get a chance to finish their quest to be named sole survivor.

Anyone else thinking the return of conniving Colton is imminent? Check out a video of the Survivor cast announcement below!

Who are you most excited to see compete in Survivor: Philippines?