Who says action movies are just for men? Some of the strongest, most athletic women in Hollywood are being courted for a film that will rival The Expendables. When the boys are away, the girls will play.

Related story TRAILER: The Expendables 3 is bigger, badder and younger 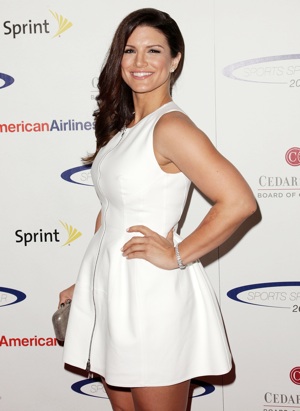 For the second time in a row, The Expendables has dominated the box office. Over the weekend, the sequel earned $28.7 million, knocking The Bourne Legacy off its rocker.

Before the final numbers were tallied, there was already talk of making another movie. Not just a sequel, but a spin-off — with women. According to Variety, the production company 1984 Private Defense Contractors already have a film in development.

Expendables 2 shoots to the top of the box office with No. 1 >>

It will be written by Dutch Southern, an up-and-comer who appeared on the 2010 Black List with Hoof Harrington’s Greatest Hits.

When news of a female-centric Expendables broke, everyone was excited to hear about its cast. No one has been confirmed but that hasn’t stopped people from speculating.

While talking to E!, The Expendables 2 director Simon West dropped a few names as possible candidates. “I like the idea of the Expenda-Belles where it’s seven or eight women mercenaries,” said West. “It would be Angelina Jolie, Cameron Diaz, Milla Jovovich, the list goes on. Helen Mirren, Jamie Lee Curtis would be great.”

So how would these ladies fit in with their male counterparts? West says their stories “would be running parallel. They would meet up and then they would fight and they would join up and save each other.”

We’d personally love to see MMA fighter-turned-actor Gina Carano on screen. She held her own in Steven Soderbergh‘s Haywire and is currently shooting Fast and the Furious 6. Someone call her, stat!