Divorce looks good on Jennie Garth, as the 90210 actress and A Little Bit Country reality star has been spotted with a new physique and a new guy, photographer Noah Abrams — six months after her split from husband of 11 years, Peter Facinelli.

Related story Kristin Cavallari is 'Thankful' Her Parents Divorced, Says It's Helping Her Own Kids 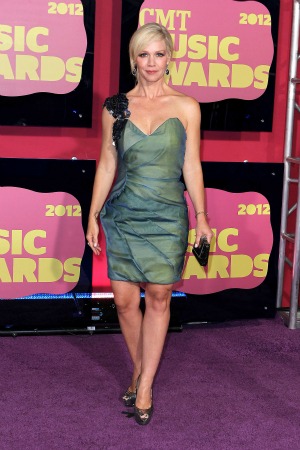 Many of us grew up with Jennie Garth as “Kelly” on Beverly Hills 90210. And, while her new beau may not be as known to the masses, Noah Abrams has made a name for himself in the photography world.

The 33-year-old, by way of his online portfolio, has “established himself as one of the premiere photographers in the contemporary music scene,” and boasts “an emerging eye in the commercial fashion world.”

No doubt the Los Angeles-based Abrams has developed a niche in the music and fashion worlds. To name a few pubs, he’s shot for Rolling Stone, Vanity Fair and GQ.

He’s worked behind the lens to capture many faces quite comfortable in front of it — from actresses Zoe Saldana and Hayden Panettiere to skateboarder Tony Hawk and musicians Ben Harper, Coldplay and the Foo Fighters, among others.

Abrams is far from content to stay in the studio, it seems. He told Spin (via People), that he’s working on a documentary about rockers the Black Keys and, far from home, he captured a small but thriving scene of skateboarders in, of all places, war-ravaged Afghanistan. Some of his works from that shoot can be found at his site here.

“She’s not looking to get into anything too serious too fast,” a source told Us.