Leno reportedly took a “significant” pay cut in order to save some jobs on his show. 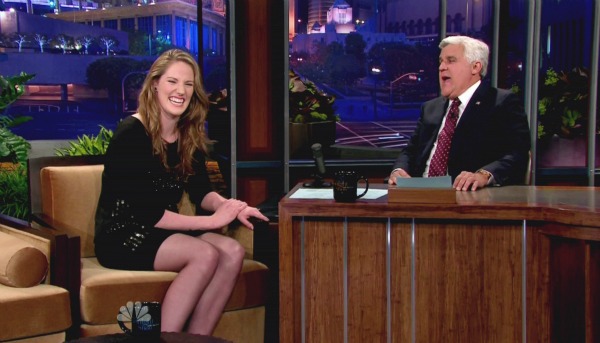 NBC made some major changes on The Tonight Show with Jay Leno Friday afternoon by cutting budgets all over.

According to Christopher Stewart with the Wall Street Journal, 20 to 25 people were let go by the show while others took pay cuts.

“The Tonight Show is one of the top-rated late-night programs,” said Stewart. “The cost cutting comes at a time when NBC’s parent company, Comcast Corp.,  is trying to staunch the hundreds of millions of dollars in losses at the broadcaster.”

Not only were personnel costs cut, but Leno himself reportedly took a “significant” pay cut. According to different reports, Leno currently makes somewhere between $20 and $30 million.

“Jay’s foremost concern is for the wonderful people who work for The Tonight Show,” said Bruce Bobbins, Mr. Leno’s agent, to Stewart. “He did what was necessary to ensure their well-being.”

According to the LA Times, even though the show is doing well, the budget needed some help.

“Although The Tonight Show remains the top-rated late-night program, from a financial standpoint it is only break-even, according to a person familiar with the economics of the show,” said the newspaper. “One reason for that is that the production budget of the show was not reduced when Leno moved back to late night after his ill-fated stint in prime time during the 2009–10 television season.”

The reported weekly salary costs for the show are around $1.7 million, down from when Leno was in a primetime slot. That weekly budget was closer to $2.3 million.

David Letterman also went down this path back in 2009. According to the LA Times, that year he agreed to a restructured deal that reduced not only his salary but also the budget of the show.

NBC has not commented on the cuts.