The 16-year-old is already a model and has a column in Seventeen magazine. But for her next project, she will step into the world of acting. 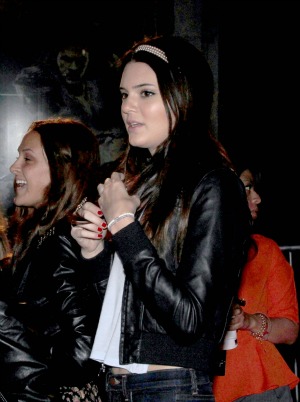 Kendall Jenner is no stranger to life in the public eye. The 16-year-old daughter of former Olympian decathlete Bruce Jenner and Kris Jenner is also a half-sister of the Kardashian sisters.

Jenner has now said she wants to change things up a bit and branch out to acting.

The actress’s rep has confirmed to Access Hollywood that she will be appearing on Hawaii Five-O this fall.

The 16-year-old wrote on her Celebuzz page how excited she is to embark on this new opportunity.

“I am SO excited to reveal to you all that I am going to be making my acting debut on Hawaii Five-O!!” she said. “My episode will air in October this year, and I can’t wait to get started on filming.”

“Kendall is not the first Kardashian-Jenner sister to be bitten by the acting bug — Khloe Kardashian has appeared on 90210 and Law & Order: LA,” said Access Hollywood, “while Kim Kardashian has made appearances on CSI: NY, Last Man Standing, and is currently enjoying a small role on Lifetime’s Drop Dead Diva.”

Even though Jenner is just moving into acting, she’s no stranger to the biz. In 2010, when she was just 14 years old, People named her one of their Most Beautiful People. She is also a signed model with Wilhelmina Models.

Kendall and her sister Kylie recently started writing a column for Seventeen magazine. “Kendall & Kylie’s Fashion Journal” first appeared in the June/July issue of the magazine, which came out May 22.

Kendall and Kylie Jenner Get Monthly Column in Seventeen >>

But for the new project, Kendall Jenner is excited about the possibilities.

“This is such an incredible opportunity for me and I’m excited for this new experience!!!” she said.

The season premiere of Hawaii Five-O will air Sept. 24 on CBS.