Alec Baldwin sat down with Jerry Seinfeld for a new web series and things take a turn for the awkward when Baldwin proudly admits to throwing coffee on teenagers that bothered him while in New York City. 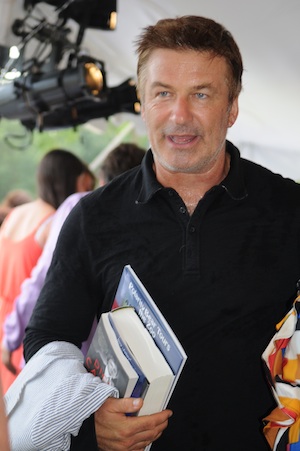 Alec Baldwin is not a saint. The 54-year-old actor is known for his angry outbursts and temper tantrums, sometimes even directed at his own family. (Remember the 2007 voicemail he left his only daughter, Ireland, in which he called her a “pig” and said he “didn’t care if she was 12 years old, or 11 years old, or if [she] was a child”). Yep, same Alec Baldwin.

What we didn’t know was just how proud Baldwin is of his inappropriate angry episodes. He asks Seinfeld, “What’s the worst thing you ever did to someone but you don’t regret it? They had it coming.” When Seinfeld can’t answer, Baldwin takes the moment to triumphantly recount a memory in which he was in New York City. Baldwin says he pulled up next to a cab full of teenagers who — upon discovering Baldwin was looking at them — swore at the actor.

Baldwin then follows the cab and after a few streets, when the cars are again at a stoplight, Alec Baldwin throws his entire iced coffee out his backseat window and drenches the teenagers.

“I went woosh and I threw it right into the window of the car. It went woosh and it was the greatest moment of my entire life. It literally hit him in the chest and the liquid went woosh, all over. I got all three of them and sprayed them with the coffee.” Alec Baldwin justifies his behavior and says to Seinfeld, “They had overplayed their hand.”

You can catch Alec Baldwin retell “the greatest moment of his life” below.