Whoa. Olympic champ Hope Solo is making some big accusations against her former Dancing with the Stars partner, Maksim Chmerkovskiy. 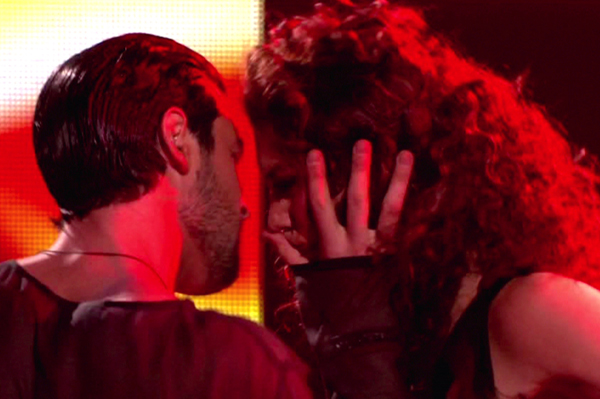 U.S. soccer player Hope Solo is definitely against drama. First, she called out Brandi Chastain on Twitter during the Olympics. Now? She’s calling out former Dancing with the Stars partner Maksim Chmerkovskiy for hitting her more than once during her stint on the show.

“He manhandled me in rehearsals from the start, pushing me, whacking my stomach, bending my arms roughly,” Solo writes in her upcoming tome Solo: A Memoir of Hope. “I thought that was just how it went – how dancers worked with each other. But it kept getting worse. … One day, Maks was trying to put me in a certain position and hit my stomach so hard with his open palm that I had a red handprint there for the rest of the day.”

Yikes. That doesn’t sound like the proper way to teach someone how to dance. But, why didn’t Solo report it? Well, she says she did after a rehearsal for the Halloween show during the 2011 season.

“He wanted my head in a specific position. To achieve that, he slapped me across the face. Hard,” the 31-year-old added. She said producers offered her a new partner, but she didn’t want to cause drama and ruin his career.

The normally outspoken Chmerkovskiy hasn’t addressed the accusations directly, but he did post a message on Twitter.

“Always hated hypocrites and liars … but when someone is both AND an opportunist, I just feel bad for them. Can’t win at someone’s expense …” the Ukrainian-born dancer tweeted on Friday, adding “life’s best lessons are the ones that you smile through.”