The pop gods have heard our prayers. First Backstreet, then New Kids on the Block, now 98 Degrees are together again. It’s been over a decade but the self-proclaimed man band is back on stage. 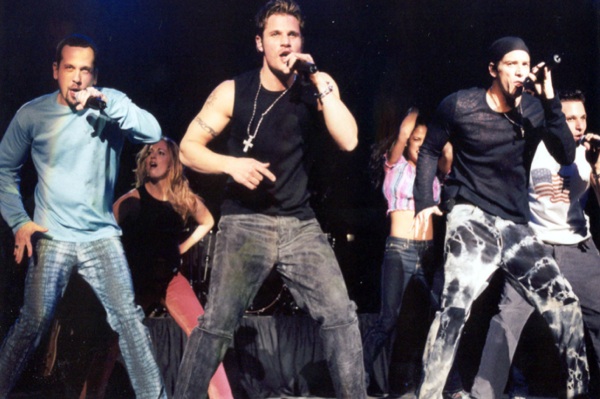 No, you didn’t just step out of a time machine. But this music is from the early 2000s. After a decade away, the boys are ready to play. Friday morning, former boy band 98 Degrees reunited on NBC’s Today Show. The whole gang was there: Nick Lachey, Drew Lachey, Jeff Timmons and Justin Jeffre.

Back in March, we caught a whiff of their pending reunion, but nothing was set in stone. Five months later that speculation has become a reality. The singers performed several of their old-school hits including the chart topper “The Hardest Thing.” And guess what? They’ve still got it!

98 Degrees has gone from a group of 20-somethings to 30-plus-year-olds with wives and children. During the Today interview, Drew joked, “There’s back pain, throat pain, knee pain, ankle pain, hip pain. Our menu went from like steak and lobster to Metamucil and prune juice.”

98 Degrees are getting back together. Sort of. >>

But they’re not letting their age get them down. They can still bust a move. If you missed out on their TV appearance, they’re also performing at this weekend’s MixTape Festival (Aug. 17 and 18). The event takes place in Hershey, Pennsylvania and will feature pop acts such as Aaron Carter, The Fray, New Kids on the Block, Backstreet Boys, Kelly Clarkson and Carly Rae Jepsen.

“Because of You” performance:

What do you think of 98 Degrees’ reunion? Do they still have it?