With the help of Robert Pattinson, director David Cronenberg tackles financial collapse along with the meaning of human connection in this wordy, ironic and witty nightmare of a film. Though a risky choice for Pattinson, the Twilight star delivers as an icy billionaire searching for meaning in an ultra-chaotic, sensory-numbing world of numbers, sex and violence. 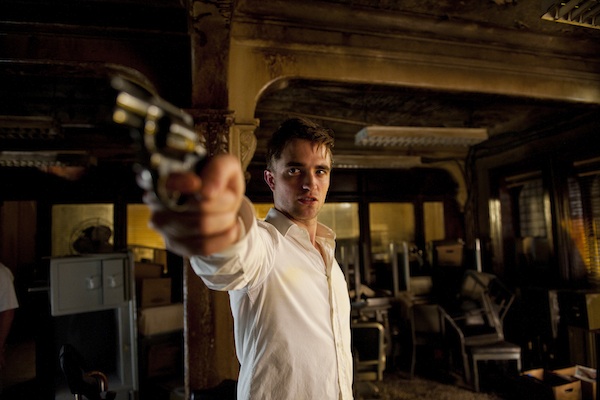 Perfect for fans of Robert Pattinson

Based on the David Delillo book of the same name, Cosmopolis is a strange satire of American capitalism. Director David Cronenberg calls the film a “hardcore art film” that really pushes the boundaries of storytelling in ways that delight and shock.

Eric Packer (Robert Pattinson), age 28, is one of those Wall Street guys who searches for electronic patterns in stock-trading programs. He’s currently betting millions against the Chinese yuan and losing, something that rarely happens to him. The volatility is eating him up, so he sets out with his bodyguard in his limousine to get a haircut from his father’s barber across town. 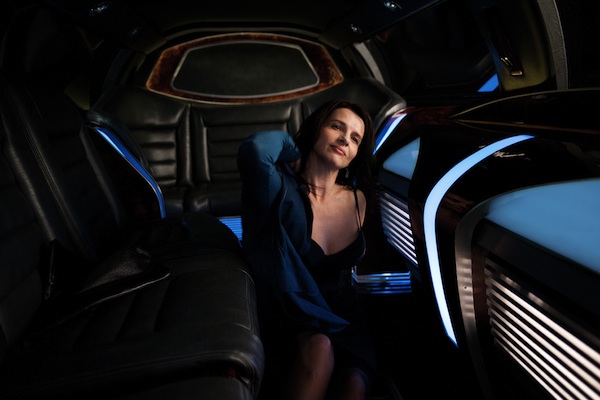 The dialogue in the film is extremely stylized and unnatural, almost turning into noise. Listening to the characters talk is more like reading a ticker tape of one man’s obsessive thoughts, proving that words don’t necessarily have meaning — at least for him.

The word “wife” becomes an enigma as he struggles to connect with Elise (Sarah Gadon), the billionaire he’s recently married. She is an oddly flat yet tragic creature who can smell the stench lingering on her husband from a recent sexual encounter he had with a woman named Didi (a gutsy Juliette Binoche) in the limo.

But even stranger things happen in this limo, including a rectal exam that determines Packer’s prostate is asymmetrical. His misshapen prostate becomes a metaphor for his inability to control patterns and find symmetry in his life. His need for balance is so great, he comes unhinged and sinks to committing an act of violence after getting a cream pie thrown in his face. 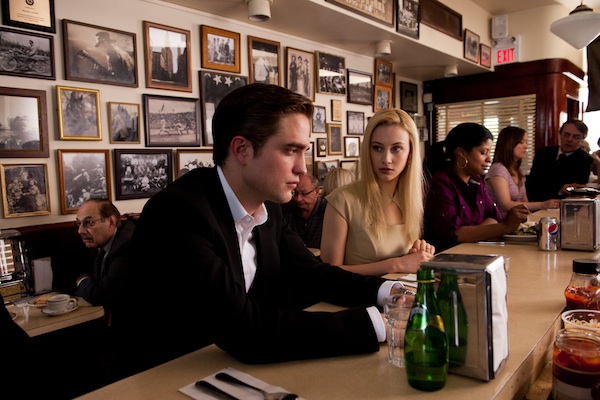 Pattinson is wildly wonderful in this bizarre role, especially when those rare moments of vulnerability flash across his face. Paul Giamatti is fantastic as Benno, the homicidal lunatic who may have a fungus between his toes commanding him to do things.

Bottom line: If you like your movies weird and wild, you’ll love Cosmopolis. Kudos to Cronenberg for making such a delightfully daring film and also to Pattinson for sidestepping the vampire thing and showing us your talent. Enjoy!