American Idol winner Jordan Sparks sparkles in this remake, but she’s no Whitney Houston. The late pop diva steals the spotlight in every scene, making us wish she was still with us. If only she’d heeded the message of this cautionary tale. 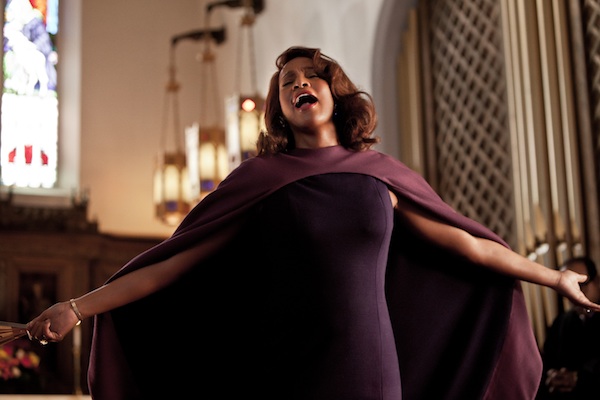 Perfect for fans of Whitney and ’60s-era dresses

Sparkle is a remake of a 1976 film that starred Irene Cara in the title role. Now Jordin Sparks takes over and does surprisingly well as Sparkle, a timid yet talented songwriter who’s struggling to find her voice.

Her eldest sister, nicknamed “Sister” (Carmen Ejogo), has a true talent for performing live, with a voice and a body that don’t quit. Stuck in the middle is sister Delores (Tika Sumpter), whose true dream is to go to medical school. All three are the daughters of Emma (Whitney Houston), a single mom who’s made her fair share of mistakes. Having pursued her own singing career with no success — only misfortune — she forbids her daughters to pursue their own dreams of stardom. 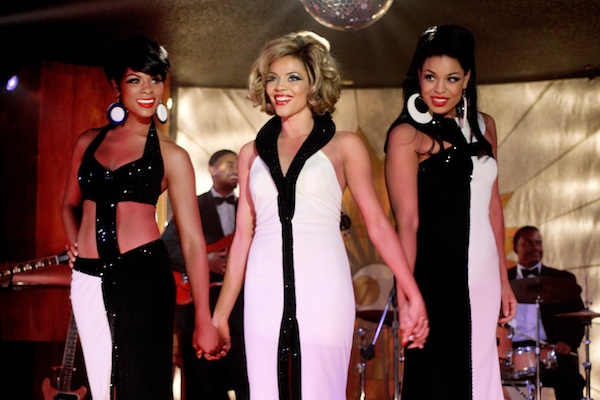 Sparkle meets a music manager named Stix (Derek Luke) who loves her music but urges her to take more risks with her lyrics, given what’s going on in 1968.

“There’s a war and civil unrest,” he says and tells her to sing about those powerful topics.

I couldn’t agree more with Stix, but the film fails to take its own advice. What should be inspired Motown music sounds completely bland and is easily forgettable. Walking out of the theater, I couldn’t hum a single tune I’d just heard. That’s a problem.

The other problem is that while Whitney played a church-going teetotaler who found God and left her boozing in the past, it’s heartbreaking that she couldn’t do the same in real life. The film stings from the slap of losing so much talent, so much grace, so much sparkle. 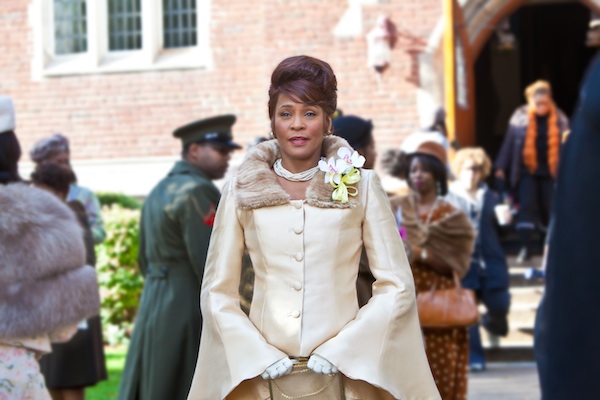 One thing I did love, however, was the costume design! Each stage gown was beautifully styled and memorable. The film does a great job of capturing the fashion of the late ’60s and made me wonder if any other decade has given us such amazing coats.

Bottom line: Though the music in Sparkle is uninspiring, Houston’s performance is. If you’re looking for a solid movie with great Motown music, however, Netflix Dreamgirls.