Well, it was good while it lasted: Jenny McCarthy and Chicago Bears player Brian Urlacher have ended their relationship. 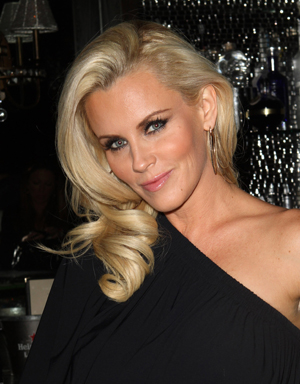 Playboy cover girl Jenny McCarthy is back on the market. The Love in the Wild host revealed that she and Chicago Bears linebacker Brian Urlacher have opted to end their relationship.

“Brian and I have decided to turn our romance into an amazing friendship,” the 39-year-old told People Thursday. “I will continue to be the biggest cheerleader for him. Go, Bears!”

The pair was first spotted out together in April, but McCarthy played coy about the whole thing. He seemed to fit her description of her ideal mate: a man’s man who doesn’t need all the necessities that the metrosexuals of Los Angeles need to survive.

“Out here, they want to borrow my makeup and concealer,” she said in November 2011. “I want to bring a little bit of importing into my life and look for guys outside of L.A. I don’t care if they have a big nose. I don’t care if they’re bald. [I just want someone who’s] really sweet and who’s a perfect reflection of who I am now.”

Jenny McCarthy to bare boobies in Playboy for autism >>

The guy also needed to make his own money, which Urlacher obviously does. “They have to have a job. I’d like them to at least be able to buy dinners and stuff like that. That is important.”

It is possible that the NFL player wants to have a family, while McCarthy is done with the whole pregnancy thing. McCarthy’s focus is on her son with autism, Evan.

“Evan is doing amazing. He was undiagnosed from having autism, clinically, which is incredible. He’s not the only one, there’s thousands of kids that get better. It was a long journey. He’s the love of my live,” she said earlier this year. “I want to give Evan all my attention, because I am a single mom. I think, this uterus is closed.”

She might be single now, but we doubt it’ll be for long.

15 hrs ago
by Erika Janes