The Avengers 2 is officially a go! Rejoice and practice your patience, comic book fans, more Marvel/Disney magic is headed to theaters… eventually. 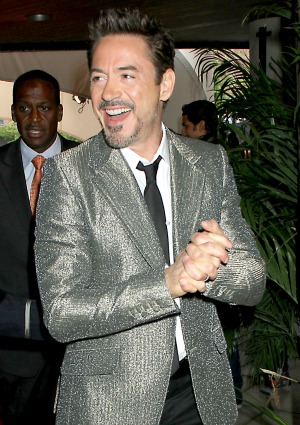 The Avengers sequel fans have been hoping for has been given the green light. Walt Disney Studios announced Thursday our favorite crime-fighting team is going to suit up yet again, though we’ll have to wait two years to see them in action!

The Walt Disney Studios has announced a release date for Marvel Studios’ sequel to the biggest Super Hero blockbuster and third highest grossing film of all time, Marvel’s The Avengers. Joss Whedon returns to write and direct the UNTITLED MARVEL’S AVENGERS SEQUEL set for release May 1, 2015.

The Avengers, which killed it in the opening weeks of this summer’s box office competition, is the first-ever distribution by Disney of a Marvel-owned property. To say the partnership was a success is a bit of an understatement, as the film became the fastest flick to ever gross $1 billion worldwide — not to mention the totals are now said to be up to a staggering $1.46 billion!

One doesn’t have to wonder too hard where motivation for a sequel stemmed from, now do they?

As for what fans can expect from The Avengers 2 come May of 2015, Disney chief Bob Iger announced last week Joss Whedon, who both scripted and directed 2012’s smash hit, has signed on to work his magic yet again. No newbies will be handling this precious film cargo! Not only that, Whedon has agreed to develop a live-action Marvel-themed TV show for ABC.

No word on if Robert Downey Jr., seen looking sexy in silver at The Avengers premiere at the 2012 Tribeca Film Festival, will reprise his role as Iron Man alongside the all-star cast, though we can hope! Rumor has it Scarlett Johansson, the bendy Black Widow herself, will bring in a record-breaking paycheck for The Avengers 2. Must be good to be a part of the Marvel gang.

Will you be lining up for opening night of The Avengers 2 in 2015?