Robert Downey Jr.’s got a boo boo. The actor recently injured himself while filming the blockbuster Iron Man 3. Disney and Marvel are playing it safe, and have pulled the plug on the shoot. 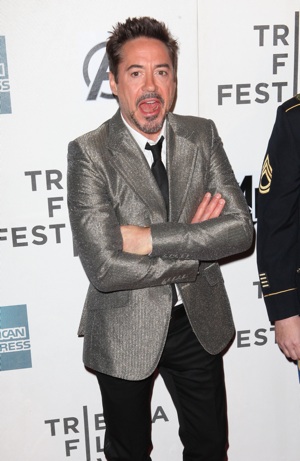 Marvel’s next big production has been put on ice — temporarily. Filming on Iron Man 3 has halted due to an injury suffered by Robert Downey Jr. The actor plays the film’s title character, so if he’s hurt, we all feel the pain.

According to HitFix, Marvel Studios released a statement revealing that Downey sustained a minor setback while on the set. And no matter how small, they’re taking the necessary precautions.

“Robert Downey Jr. sustained an ankle injury on the set of Iron Man 3 in Wilmington, North Carolina while performing a stunt. There will be a short delay in the production schedule while he recuperates.”

They didn’t confirm when shooting will resume, but they should be back sooner rather than later. There’s been no change made to Iron Man 3‘s release date, which is set for May 3. So that’s a good sign.

This is the first time we’ve heard of such an incident occurring on the Iron Man set. For the most part, Downey has managed to avoid injury and stay unscathed. But no one is invincible, not even the mighty Tony Stark.

Iron Man 3 is directed by Shane Black and has been in production since June. Aside from Downey, the film stars Gwyneth Paltrow, Don Cheadle, Jon Favreau and newcomers Sir Ben Kingsley, Guy Pearce and Rebecca Hall.

We wish Downey a speedy and safe recovery!

Are you excited for Iron Man 3?