Even though it’s an election year, the band decided that music was more important than politics. Now, they just want to party. 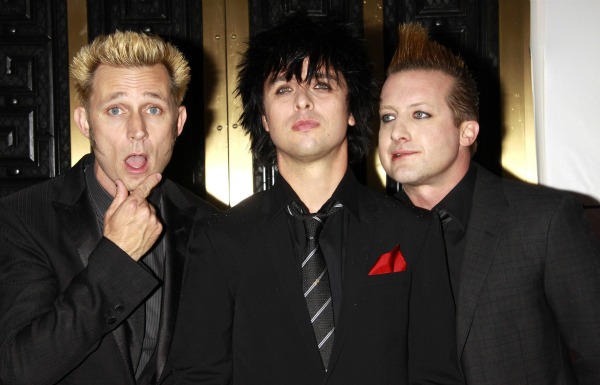 Early last decade, as the United States went to war, Green Day was one of the most prominent bands that used music to protest the conflict.

With albums such as American Idiot and 21st Century Breakdown, the band showed its political side.

But for its new album, Green Day decided to change directions.

“It was a time for us to step away [from that], because we didn’t want to come across as politicians,” lead singer Billie Joe Armstrong told MTV News. “We’re in a band first and foremost, and we wanted to have a good time making music. So it was kind of a way of us getting back to basics.”

Bassist Mike Dirnt agreed with Armstrong about their new sound, adding that in the new records, you can feel the party.

“There’s a lot of that in these records,” Dirnt said in the interview with MTV. “It’s kind of like getting ready and charging to the party on the first record, and then getting to the party on the second record and having an absolute great time and overstaying your welcome and doing a lot of damage, and then kind of looking for your car keys and doing some self-reflecting on the third record.”

“Oh Love,” the first single from the first album, premiered today. The Green Day guys talked about how the song is going in the same direction as the band.

The new direction is especially surprising from the band since an election is coming up in November, but the group didn’t want to politicize their music for this album.

The first of the three albums, Uno, will be released Sept. 25.