The actress’s husband had to tweet for her from the hospital, but she is said to be doing OK after a close call in a Los Angeles car accident today. 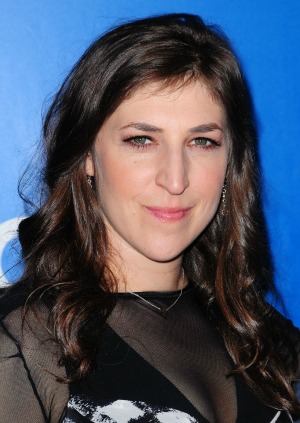 The Big Bang Theory star Mayim Bialik was in a car accident today in Los Angeles.

According to TMZ, the crash happened today around noon near the corner of Hollywood Boulevard and La Brea Avenue.

Sources told TMZ that “the former Blossom actress was traveling alone in a white Volvo which was struck in the intersection by another vehicle filled with tourists from Chile.”

The sources also said that her hand suffered major damage and “her finger was almost completely severed… it was just hanging there,” said TMZ.

The Los Angeles Police spoke with the Associated Press and said that Bialik’s left hand and thumb were cut “severely.”

LAPD Sgt. Monte Houze spoke to People after the accident.

“From what I was told, there was a lot of blood at the scene,” he said.

However, the 36-year-old actress cleared up the rumors of the severity of the incident later, by tweeting — or, rather, having her husband tweet. The message, sent at 7:35 p.m. ET, said: “(husband typing) In pain but will keep all my fingers.”

A rep for Bialik spoke with Entertainment Weekly about the crash and how the actress was doing.

“She is doing fine and will be returning to work tomorrow,” said the rep. “She thanks everyone for their concern.”

Police are saying the occupants of the other car all had minor injuries and have been released.

As a child actress, Bialik had parts in the movie Beaches and shows such as Murphy Brown and The Facts of Life before landing the title role in the series Blossom in 1990. The show ended in 1995.

The actress has held small roles since then but joined The Big Bang Theory in 2010. This year brought a milestone, as she garnered an Emmy nomination for the part.

Bialik made sure to make the most of the situation. The last half of her tweet today reminded her fans to watch her on TV tonight.

“If u wanna See pre accident me watch The Soup tonight lol #joelmchale @thesoup,” she tweeted.