The actor said that even though he gives a great performance, some young actors in Hollywood may not be voting for him because of his politics. 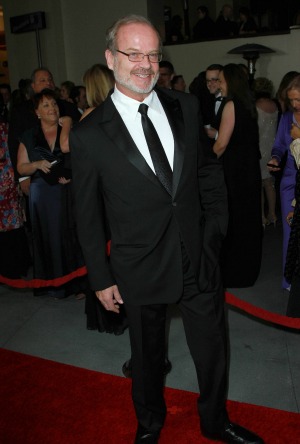 Kelsey Grammer’s show Boss, which has him playing the mayor of Chicago, has been well received by critics — so well received in fact that Grammer received a Golden Globe for his performance.

But for the actor, that’s apparently not enough. He wants an Emmy.

Tuesday night, Grammer appeared on The Tonight Show, where host Jay Leno asked how he felt about not getting the coveted award. His answer was surprising.

“I don’t know, Jay. It’s a question that will remain one for me throughout the ages,” Grammer told the host.

But as he continued, he showed he clearly did have an idea why he was snubbed.

“I am a declared, out-of-the-closet Republican in Hollywood,” he said. “Do I believe it’s possible that some young person, young voting actor, or even older voting member for the Emmys, would sit there and go, ‘Yeah, that’s a great performance, but ooh, I just hate everything he stands for?'”

During the interview, the actor switched between being serious and joking, so it’s hard to tell if he really believes what he said.

Leno reminded him he has five Emmys already and asked when Grammer became a Republican.

“Just after that last [Emmy] I became one,” Grammer said, seemingly joking.

The rest of the interview was quite silly, or disturbing — depending on how you look at it. Leno asked the actor about a tattoo he had recently gotten of his new wife’s name, and Grammer started to unbuckle his pants. The tattoo ended up being just below the beltline! Grammer talked about how proud he is of the tattoo — and, obviously, of his new wife.

Kayte Grammer gave birth to a daughter on July 13 of this year. The couple were married February 2011 and renewed their vows in June in Las Vegas.