The group is speaking out about animal cruelty, including with a new song called “Don’t Roof Rack Me, Bro!” to be released later this month. 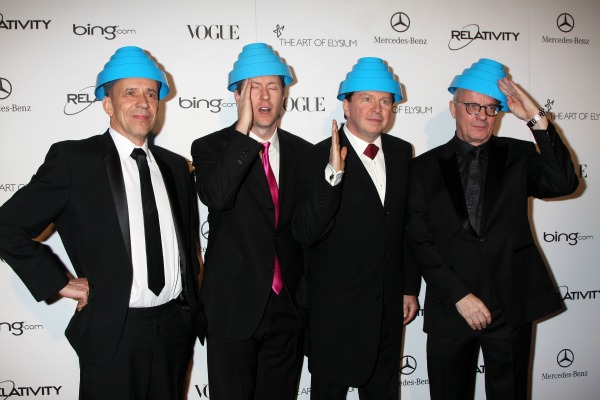 Earlier this year, presidential candidate Mitt Romney made news when he admitted to having kept his dog in a kennel on top of his car during a 650-mile road trip.

“The dog became afflicted with diarrhea, causing excrement to flow down the windows of the car,” according to RememberSeamus.com. “Romney then stopped at a gas station to wash Seamus down and put him back in his ‘roof-top carrier,’ and continued on with the 12-hour drive to Canada.”

The trip was all the way back in 1983, but the admission has been making news ever since. And now, ’80s musical group Devo is adding its two cents.

Actually, more than two cents. The band has written a song about the incident — and Seamus the dog. According to Rolling Stone, the song is called “Don’t Roof Rack Me, Bro! (Remember Seamus)” and will be released later this month.

The song is being written in collaboration with Devo founder Gerald Casale’s campaign called Remember Seamus. Casale said he wants to “make 2012 the year where animals like Seamus are valued and honesty is praised,” said Rolling Stone.

Casale wants to make sure everyone knows this isn’t a song supporting Obama.

“This isn’t a red-state thing or Devo stumping for Obama,” he told Andy Greene with Rolling Stone. “But I think any animal lover that hears the story will learn so much about the character flaw of Romney.”

The song will be posted online, and for Casale, that’s the right way to go with this project. Devo has no plans to record anything else in the same vein.

“The promise of the Internet and digital distribution is that things can be instant and topical,” Casale said. “It doesn’t need to be from the old-school publicity mill. You can respond quickly, guerilla style. For years that was more a theory than a reality. Finally, I see there is a democratization of getting an audience.”

Casale is also designing T-shirts for the cause and will be involved in a smartphone game called “The Great Escape: Seamus Unleashed.”

The song will be released on Aug. 25. You can listen to a preview here.