In this exclusive clip from Bradley Cooper’s new movie, The Words, SheKnows takes you back in time to the love story that inspired the book that soon ruins as many lives as it touches.

Bradley Cooper wants to be a famous novelist. There’s only one problem — he’s not a great writer. He’s mediocre. He gets by, but he’s not a genius. Then, one day he comes across a handwritten manuscript while on his honeymoon in Paris. Inside it is the most passionate love story ever told. This is the premise behind the new drama, The Words.

Man Candy Mondays: Bradley Cooper is a hot cure for a hangover >>

Cooper’s character, Rory Jansen, has to decide if he should change his life forever by passing the book along as his own. So, what’s in the perfect love story that makes for the kind of novel that readers will be talking about for decades?

SheKnows brings you this exclusive look at the love story within the movie.

That was his moment

When a young man — played by Ben Barns of The Chronicles of Narnia fame — is stationed in Paris during World War II, he meets the woman of his dreams. This sparks a romance that will become the book Cooper’s character finds nearly 50 years later. 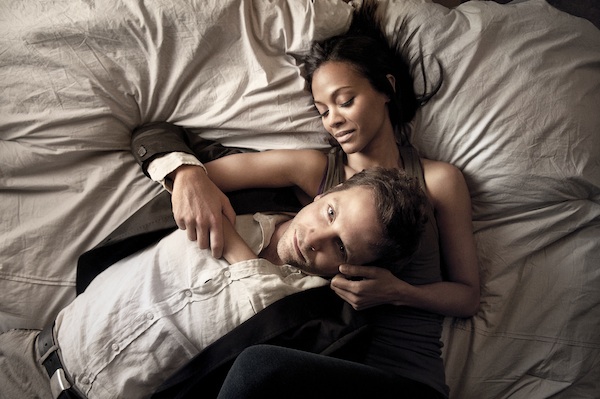 What happens when someone else gives you the opportunity to make your dreams a reality? Do you steal the key to your own success and take the credit for an idea you didn’t have? In today’s digital age, where intellectual property is just a click away, this is a moral question we all must ask ourselves.

Should Bradley Cooper’s character come clean about the love story he claimed to have written that never happened to him? The Words takes audiences on a journey of one man’s life as it starts to fall apart around him after he steals another man’s masterpiece.

Would you steal someone else’s idea to make yourself rich?