Fans are excited over a new comedy series set to star beloved actor Michael J. Fox. Will a network agree to the deal Fox wants? 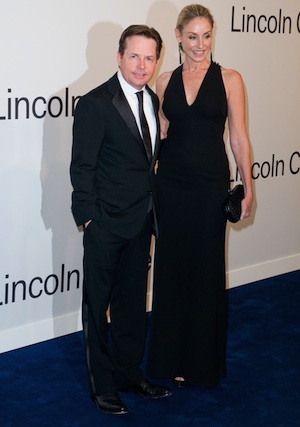 Michael J. Fox hopes to return to television soon with a new comedy series. The Hollywood Reporter reports Fox is shopping a new sitcom with Arrested Development writer Sam Laybourne. While project details are scarce, The Hollywood Reporter says Michael J. Fox plans to star in the series that will use a single-camera style. Single-camera styles, currently used on The Office and Modern Family, make the show feel less scripted than traditional television series (which utilize multiple-camera setups, usually with a laugh track).

Vulture magazine reports the project is likely going to happen as “networks are in a feeding frenzy” over the series. The magazine says it believes the show will center on Fox’s life — either as a child-star or an adult actor — and Fox has already pitched the show to all four major networks. Vulture says, “Our spies say the project will, at the very least, get an automatic pilot production commitment; there’s even industry buzz about one network offering to go straight to series, something that hardly ever happens in broadcast TV anymore.”

Michael J. Fox remains a bankable television star with popular recurring roles, such as his Emmy-nominated portrayal of attorney Louis Canning on The Good Wife. Fox’s last starring television role was as mayor Mike Flaherty in Spin City from 1996 to 2001. Fox is also active in philanthropy with his charitable foundation, The Michael J. Fox Foundation, which aims to help find a cure for Parkinson’s disease — an illness Fox was diagnosed with in 1991 and went public with in 1998.