Jodie Foster is simultaneously comforting Kristen Stewart and scolding us for caring about her cheating scandal. Does Foster have a point here? 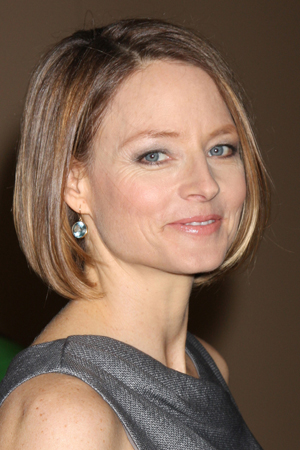 Jodie Foster is most definitely Team KStew. The veteran actress penned an essay on The Daily Beast that’s basically a big “f**k you” to everyone who’s judged the 22-year-old actress in light of her affair with Rupert Sanders.

“There’s no guilt in acknowledging the human interest in public linens. It’s as old as the hills. Lift up beautiful young people like gods and then pull them down to earth to gaze at their seams,” Foster wrote. “See, they’re just like us. But we seldom consider the childhoods we unknowingly destroy in the process.”

Foster and Stewart met on the set of their 2002 film Panic Room and forged a strong bond that, apparently, continues until today. Stewart even sought refuge at Foster’s home after the scandal broke in the media.

“I grew to love that kid. She turned 11 during our shoot and on her birthday I organized a mariachi band to serenade her at the taco bar while she blew out her candles,” Foster continued. “She begrudgingly danced around a sombrero with me but soon rushed off to a basketball game with the grip and electric departments. Her mother and I watched her jump around after the ball, hooting with every team basket. ‘She doesn’t want to be an actor when she grows up, does she?’ I asked. Her mom sighed. ‘Yes … unfortunately.'”

The 49-year-old actress added that she probably wouldn’t have made it as an actress if the intense media scrutiny existed when she was a youngster. Still, she seems to be encouraging Stewart in the essay, adding that “this too shall pass.”

“The public horrors of today eventually blow away. And, yes, you are changed by the awful wake of reckoning they leave behind,” Foster wrote. “You trust less. You calculate your steps. You survive. Hopefully in the process you don’t lose your ability to throw your arms in the air again and spin in wild abandon.”

We have to say we agree with Foster: Celebrity isn’t easy — especially since it seems like Stewart, not Sanders, is losing as a result of the scandal. The bigger question to us, though, is: Why does the married guy in a cheating scandal always come out on top? If anything, it shows that sexism is still more of a problem in Hollywood than anything else.