Shia LaBeouf might have made millions for his roles in the Transformers series, but he doesn’t want to be associated with those types of roles anymore. 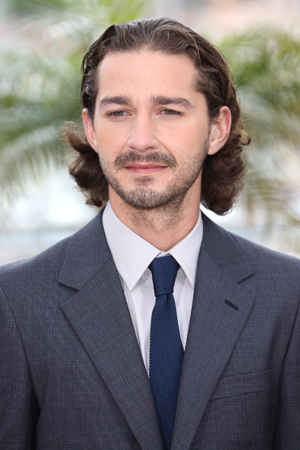 You know the cliché “don’t bite the hand that feeds you”? Well, Shia LaBeouf apparently hasn’t heard it: In a new interview, the actor behind blockbuster films like Transformers badmouthed the films that made him famous.

“There’s no room for being a visionary in the studio system. It literally cannot exist,” he told The Hollywood Reporter. “You give [Tree of Life director] Terrence Malick a movie like Transformers, and he’s f****d. There’s no way for him to exist in that world.”

He added that he came to that realization after supporting his new film with Tom Hardy, Lawless, during the Cannes Film Festival in May. The film — produced by Voltage Pictures — apparently had free reign creatively.

So, LaBeouf wants more indie cred. He started on that path by going full frontal for an odd music video for Sigur Ros — and he’ll continue in the film Nymphomaniacs, directed by controversial Dutch director Lars Von Trier. The movie, set to start filming soon, will contain exactly what you’d expect: Lots and lots of sex. Unsimulated sex, at that.

LaBeouf is willing to go there for Von Trier.

“[Von Trier] is very dangerous,” he said. “He’s the most dangerous dude that I’ve ever showed up for. I’m terrified. I’m so terrified, which is why I have to go. We’ll see what happens.”

Talk about going all the way for your craft.