The cast of Saturday Night Live is getting gutted like a fish. Another actor is leaving the long-running series. Abby Elliott has decided not to return next season. 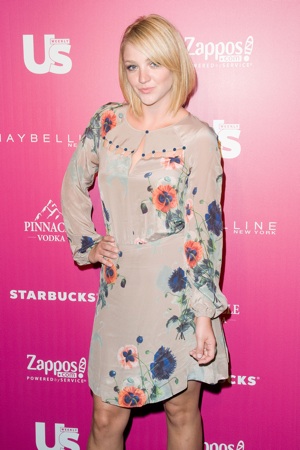 Where’s the funny? Saturday Night Live cast members are dropping like flies. Over the past few months, they’ve lost two series regulars and another has been added to the list.

According to The Wrap, Abby Elliott is leaving the show. She originally joined the cast in 2008, and spent her time impersonating Angelina Jolie, Meryl Streep, Zooey Deschanel, Rachel Maddow and Khloé Kardashian.

So what will she do now? During pilot season, she was cast as the female lead in the Fox sitcom Ben and Kate. Unfortunately, she was replaced with Dakota Johnson after the first table read.

Elliott has done some film work, so maybe that’s her next step? She previously appeared in High Road and No Strings Attached.

She’s the third performer to leave SNL following Kristen Wiig and Andy Samberg. But their exits weren’t as shocking as they were expected. Last year, Wiig had critical and commercial success with the comedy Bridesmaids. She even earned an Oscar nomination for best original screenplay.

With three down, how many more to go? Jason Sudeikis, who’s also done well on the big screen (Horrible Bosses) is someone to watch. He recently told the Los Angeles Times, “I’d like the opportunity to use creative muscles that … haven’t been asked of me for the first nine years that I’ve worked there.” In other words, he’s getting restless.

Someone at Saturday Night Live needs to lock the doors. The actors are trying to escape!

Are you sad to see Abby go?