SheKnows sat down with Australian actor Joel Edgerton to talk about how The Odd Life of Timothy Green solidified his dreams of becoming a father. Now all he needs is that special lady!

We were hoping we could make a love connection for Joel Edgerton. With that hot Aussie accent, it shouldn’t be all that tough. For the actor known for his work in Warrior and Star Wars: Revenge of the Sith, a quiet kids’ movie about parenting — The Odd Life of Timothy Green — seems like the last thing Edgerton would take on. But after sitting down with this 38-year-old from New South Wales, it was clear his emotions run deep.

Movie review: The Odd Life of Timothy Green is an organically grown Pinocchio >> 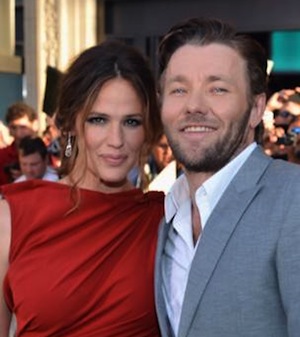 “I’ve always held hopes for myself to be a father. I’d like to think that I would be a good father,” says Edgerton, who currently doesn’t have kids. “I don’t know if being a father on screen brings me any extra research, but it does remind me of lots of stuff that I found in this movie.”

Jennifer Garner’s kids have tantrums, too >>

His memories go back to how he interacted with his own father. “I do have a video of myself at the age of 5 lying on the ground, and you can hear my father yelling, ‘Get up Joel! Get up!'” he says.

“I love the idea of people who want to make a movie that says just get out of the way of your kids,” he says.

In the film, Edgerton plays father to Timothy Green, the boy who magically appears in his backyard after a terrible thunderstorm. Edgerton’s character doesn’t know quite what to make of this. But young Timothy convinces him and his wife — played by Jennifer Garner — that they are now the proud parents of a 10-year-old boy.

So, does Edgerton have any idea what kind of parent he would be, helicopter or otherwise?

“I’d love to tell you that I’m not going to do that, that I wouldn’t be overinvolved, but I might just be yelling and screaming on the side of the soccer field,” he says.

We’ll see, Joel. But first, we need to find you a willing participant to jump into the life of parenting with you. Any takers, ladies… ?

Timothy Green is played by actor C.J. Adams in his first major film role. The Odd Life of Timothy Green will be released in theaters Aug. 15.