Jennifer Garner reveals her life as a mother is no different from anyone else’s – her kids break down, she’s constantly at the doctor and most days she doesn’t know what she’s doing.

Actress Jennifer Garner has become somewhat of a poster child for the normal mom. Seen in her cute mom bathing suit or with a stroller at the park, she’s not one for giant entourages or over-coiffed outings. When SheKnows sat down with the 40-year-old actress to discuss her new film The Odd Life of Timothy Green, Garner admited her life is just as chaotic as everyone else’s.

Movie review: The Odd Life of Timothy Green is an organically grown Pinocchio >> 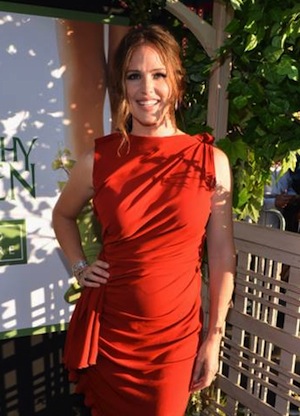 “I don’t have it all together, that is just a façade. Whatever you see, that is just a snapshot of something that is just… you know my kids throw tantrums, they fall apart, we’re at the pediatrician all the time. It’s just a messy normal kid existence,” she says.

Garner is married to Ben Affleck, and the mom of now three kids. Her newest child and also her first son, Samuel Garner Affleck, was born in February.

But isn’t that what makes everyone love her, that she is just as normal as everyone else? That remains to be seen, but it is what makes her perfect for her new role as Cindy Green in The Odd Life of Timothy Green. The story is about a little boy who appears out of nowhere at the home of a couple who wants nothing more than to become parents.

Garner was instantly drawn to the role. “She becomes a first time mom to a 10-year-old boy. So, all of that new mom energy she’s throwing at this kid, it just reminded me so much of myself and kind of how much I wanted to make sure everything was perfect all the time,” she says.

SheKnows sat down with Garner to get the skinny on being a mom, acting opposite Australian hottie Joel Edgerton and looking fabulous at 40.

The Odd Life of Timothy Green releases in theaters Aug. 15.