It was an easy decision for The Spice Girls to say yes to the closing ceremony at the Olympics, but how easy was it to perform together after five years apart? 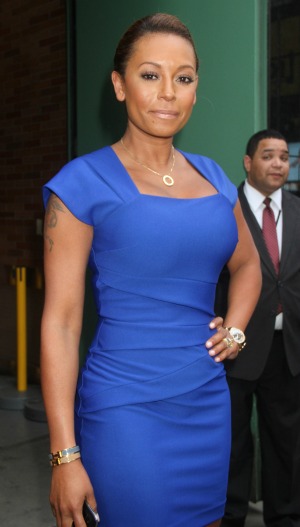 The Olympic closing ceremony Sunday night featured a lot of acts. But probably one of the most anticipated was the reunion of the Spice Girls. The 90’s girl group hasn’t performed together in years.

Melanie Brown, or “Scary Spice” as she is known to fans, said the group had been anticipating the performance just as much as everyone else.

“It was about time we’d gotten together. We haven’t been together in five years,” she told MTV News Tuesday. “And it’s been a great year for Britain this year and we thought ‘How perfect would that be to be a part of the Olympics?’ We all decided to do it and it all happened within like two to three weeks. We all synced up our diaries and schedules and made it happen.”

The group had talked about the song choice when asked to perform at the ceremony, and she said to them it was an easy decision.

“Well, we knew that we had to perform ‘Wannabe’ because that was our first song introduction to the music industry,” she said. “And then the perfect match the vibe and the tempo was ‘Spice Up Your Life.’ It was kind of a no-brainer.”

Brown said the costume choice was easy too. Each was dressed in their own style and persona for the performance Sunday night.

The group was formed in 1994 but were launched into the worldwide scene in 1996. They did a reunion tour in 2007 but haven’t performed together since. The five singers have kept busy over the years though, with fashion, families and even a musical launched this year in London.

“Whenever we get together, whether it be we go out for dinner or you know we just launched our [‘Viva Forever’] musical, we just click back into how we were 20 years ago with each other,” she told MTV News. “It’s kind of very comfortable and very respectful girl-power feeling that we have between each other. It’s like we just saw each other yesterday always.”