Me-ow! Celebrity publicist Jonathan Cheban pulls out his claws on Jeremy Renner to stick up for his bestie Kim Kardashian. 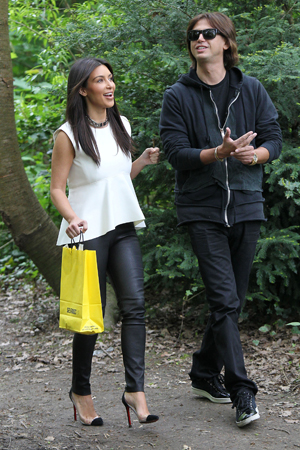 Jeremy Renner is most definitely anti-Kardashian. The Bourne Legacy actor spoke out against the first family of reality television during a far-reaching interview with the U.K. Guardian. The Viagra-loving actor said the various members of the Kardashian Klan are “ridiculous people with zero talent who spend their lives making sure everyone knows their name,” and they’re “stupid, stupid people.”

Renner is hardly the first person to speak out against the Kardashians. Now, though, they have Kim Kardashian bestie Jonathan Cheban on their side.

“I love how people use Kim to promote their projects,” Cheban told Huffington Post writer Rob Shuter. “Matt Damon would never pull this nonsense; that’s because he is an A-lister.”

Burn. What Cheban doesn’t realize is that Renner has both the number one movie in the country and two Oscar nominations under his belt. Kim has a sex tape and Kanye West.

Then, Cheban hits Renner where it hurts: The wallet.

“People need to give it up,” the celebrity publicist added. “It’s embarrassing for an actor to attack a hard-working girl who makes way more money than him.”

We’ll give him that: The Kardashians have a ton of cash.

We get it: Cheban is just sticking up for his friend. That’s what friends do. But, why even respond to someone’s criticism? Everyone has opinions — just dust off the haters and keep going.

Then again, we bet Cheban is just trying to stay in Kim’s good graces. We saw how quickly Kim turned on him last year during an episode of Keeping Up with the Kardashians when she thought he was spreading dirt about her. Guess you keep your friends close and your enemies closer, huh?