After bursting into the public consciousness as Antwone Fisher in the movie of the same name, hunky Derek Luke has parlayed his success into a laundry list of movies — and music videos! — that showcase his talent. Now, playing Jordin Sparks’ love interest in the Motown movie Sparkle, Luke is poised to shine on the big screen once again, alongside the late Whitney Houston. 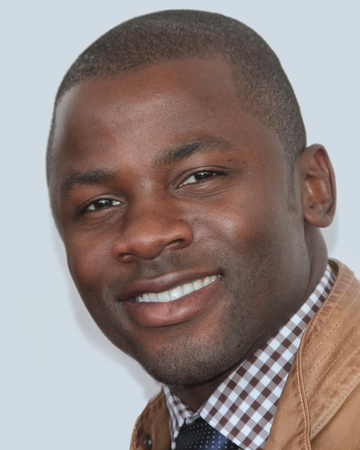 This Sparkle star caught our eye

After bursting into the public consciousness as Antwone Fisher in the movie of the same name, hunky Derek Luke has parlayed his success into a laundry list of movies — and music videos! — that showcase his talent.

Now, playing Jordin Sparks’ love interest in the Motown movie Sparkle, Luke is poised to shine on the big screen once again, alongside the late Whitney Houston.

With a beautiful bod and a mile-wide smile, Derek Luke has turned our heads and then some with meaty film roles and a down-to-earth attitude. 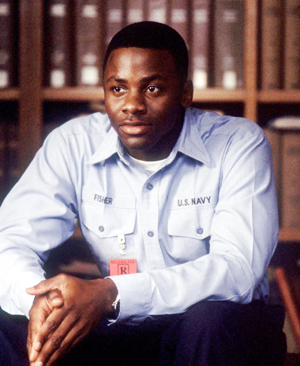 He likes acting in movies just as much as he does TV (really!)

Snobbery? None here! Derek is cool as a cucumber when it comes to accepting major film roles like his big break, Antwone Fisher, and superhero Gabe Jones in Captain America: The First Avenger, or spots on lesser-known cable shows such as HawthoRNe. (He got his start after meeting Antwone Fisher in the flesh when he was working in the Sony Pictures gift shop!)

“You know what? TV was what I was interested in when I first came to L.A. with my dream,” he told IAmRogue.com. “I always wanted to do a show like The Cosby Show. I never even thought about film; I didn’t even know much about it. I only remember a few films that I even saw as a kid that my mom actually took me in the theater and paid money to see. Most of it was television. So when I came to L.A., my desire, my dream was TV. So movies were like the big picture, meaning it became a part of the view by looking forward.”

“I enjoy movies, and so with doing TV, I feel like I get a chance to be around mentors. Some of my mentors like Denzel Washington and people who have started on TV. Even Will Smith started on TV. I always felt like, ‘Man what would it be like if I got a chance?’ Now I’m getting a chance to do both.”

We love a positive, grateful guy.

He’s worked with some of our favorite music superstars

He’s flirted with Alicia Keys in her “Teenage Love Affair” video. He’s romanced Jordin Sparks in Sparkle. And he played one of the world’s biggest modern music moguls when he took on the role of Puff Daddy in the 2009 Biggie Smalls biopic Notorious. No pressure or anything, Derek! But he played Puff with flair — so much so that Luke said he’d be game for taking on Diddy in a longer film.

Diddy might be cool with that, as he was so taken with Luke even before he saw the film. He said this to MTV: “People asked me years ago who you’d want to play me, and I said Derek Luke… so it was just destined. I got to see him do his thing, and it was scary for me. I had to leave, ’cause he was acting just like me.”

Freaky! But pretty awesome for Derek.

“I thought it was a rumor when I heard that she passed away,” he told Celebuzz. “I remember hearing an analogy about heaven — it’s like being in another room — that you spend more time in heaven than you do on earth.” 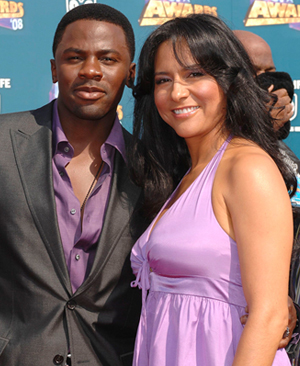 We can look, but we can’t touch! Derek married actress Sophia Adella Hernandez in 1998, and the pair is still going strong. He recently praised how she kept his spirits up during his acting journey on Good Day L.A. He also explained that he keeps his marriage commitment sacred and separate from the whirlwind movie business and that it is no fluke.

“I don’t get caught up in it because I remember quotes like: ‘Take the garbage out! Wash the clothes! You ain’t that hot,'” he told BV Buzz. “I think marriage is there to give you a dose of reality. Part of my success is because I am married, because I was less focused when I wasn’t. I didn’t have anybody to answer to. But when I really thought about it, marriage was something that I really wanted to do, because I saw so many broken ones when I was a child.”

“Divorce not being an option doesn’t just have to be a statement, but it’s also creating a reality. It doesn’t have to exist inside you, inside your mind, inside where you live and that’s definitely a humility that I want to stick with.”

We don’t think we’d ever say you’re not “that hot,” Derek, but we appreciate that self-awareness in a man!