It’s about time! After featuring dozens of beauties over its more than four decades, The Price is Right “girls” are making way for at least one Price is Right “guy,” courtesy of a contest to coincide with the anniversary of the TV game show’s relaunch. 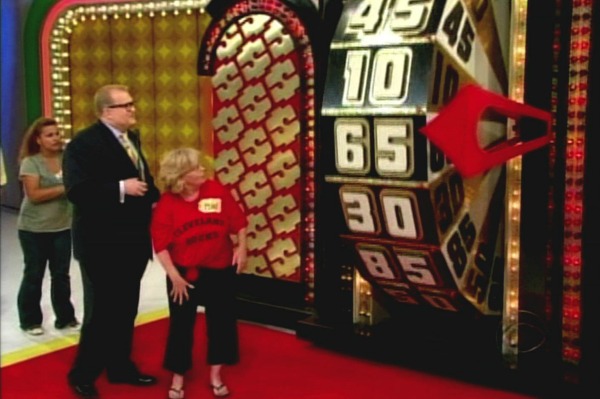 Do you or your beau have what it takes to be the first-ever The Price is Right guy? If so, the brains (and faces) behind the longest-running game show in TV history want you to “come on down!” to an open casting call in L.A. Aug. 30, according to the program’s blog.

Hopefuls will be interviewed and judged by the CBS show’s producers, as well as its current female models.

No mention if its super slimmed-down host, Drew Carey, will have a hand in the judging.

By way of the show, contestants vying to appear on Price will be scrutinized on “qualities such as their verbal skills, posing and ability to properly showcase a product.”

And, really, what else is there when it comes to characteristics in a suitable Price is Right model? Dare we remove the “verbal skills” from the list and just get right to the posing and “ability to properly showcase a product?”

It’s not as simple as a casting call, of course. CBS reports the finalists will be revealed live on its Sept. 28 episode. From there, viewers will be able to vote online for their pick until Oct. 4.

Just don’t anticipate this being a long-term gig.

The network notes America’s pick for Price is Right hunk won’t be on the show for long; his modeling skills will only be showcased during the week of Oct. 15.

Uh, what the heck, CBS? Way to half-heartedly break from tradition!

After more than 25 Price is Right gals in your 40-year history (not counting the nine years before your “relaunch”), you’d think we could get one male model for longer than one week.

Was Adam Sandler in Happy Gilmore right all along — that the price is wrong, b***?!