Ryan Lochte loves the cameras. Now that the Olympics are over, he’s taking Hollywood by storm. The swimmer has landed a guest spot on The CW series 90210. 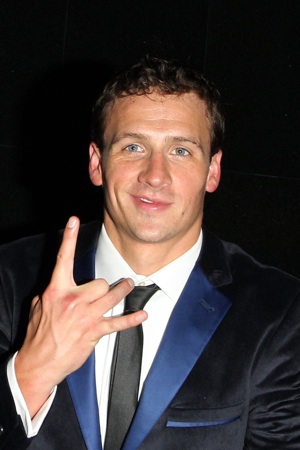 It’s no secret Ryan Lochte thrives in the limelight. The gold medalist has emerged as the “It Boy” of the 2012 Olympics. Now that the Summer Games are over, he’s capitalizing on his recent surge in popularity.

According to The Hollywood Reporter, there’s more TV in Lochte’s future. The swimmer has booked a gig on The CW drama, 90210. Luckily, he won’t have to prove his acting chops. He’ll be making a cameo appearance as himself.

Lochte will pop up at a vacation resort where “Naomi (AnnaLynne McCord) and Max (Josh Zuckerman) are staying to strengthen their relationship.” The network announced the news Tuesday morning, and the show’s producers are excited to have the champion on board.

“When we found out Ryan Lochte was going to be in town and might appear on 90210, we felt like we’d won a gold medal! Team USA are all-stars in our book, and we’re so excited he’s making an appearance on the show,” said executive producers Patti Carr and Lara Olsen. “We only wish the episode was a surf event so we could have gotten him in the water, but he deserves a little rest on dry land.”

Is Ryan Lochte the next Bachelor? >>

Lochte’s casting comes hot on the heels of his publicized interest in Dancing with the Stars and The Bachelor. Will he go the reality route or stick with scripted material? Either way, he’ll get plenty of screen time.

Is Lochte Hollywood’s next big thing?