The actor’s heart may have been broken last month, but it looks like it will only help his image. 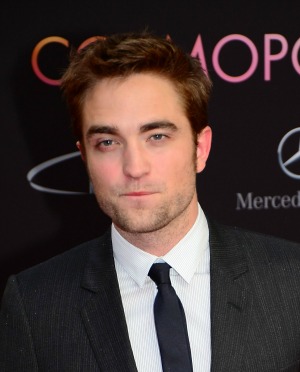 Robert Pattinson was reportedly heartbroken when he heard the news that his girlfriend Kristen Stewart had cheated on him with her Snow White and the Hunstman director Rupert Sanders.

But we haven’t heard much from him after that news. The actor has purposely been keeping a very low profile since the news broke last month.

And for the actor, life must go on. His new movie Cosmopolis comes out Friday, and the actor made his first public appearance since the breakup at the premiere in New York City.

“Rob looked absolutely handsome in his tailored blue Gucci suit and black tie while at the Museum of Modern Art in New York City,” said E! News. “But the one accessory that cannot go unnoticed and takes the cake hands down, would be his smile.”

The actor is currently promoting Cosmopolis, and then he will start promotion for the next installment of the Twilight series coming out in November.

From our friends at OK! Magazine: Inside Robert Pattinson’s Cosmopolis premiere>>

It looks like R.Pattz may just come out on top of this situation.

“Everyone I know, no matter what their feelings were about Rob and Kristen prior to this, now seems extremely sympathetic towards him and appalled with her behavior,” a Hollywood casting director told the New York Daily News.

According to a New York image consultant, William Case, the events could be the best thing that ever happened to Pattinson.

“The revelation humanizes him in the eyes of fans and make him even more lovable, especially to women,” Case told the NY Daily News. “If he says he was hurt by the news men will sympathize with him. If he says it was a shock, women will also sympathize with him. Even if he says nothing those who like him in films will still like him; they may even like him more.”

Cosmopolis will be in theaters starting this Friday.