The singer’s much-anticipated next album finally has a name and a date. In true Taylor Swift fashion, the first song is about an ex-boyfriend. 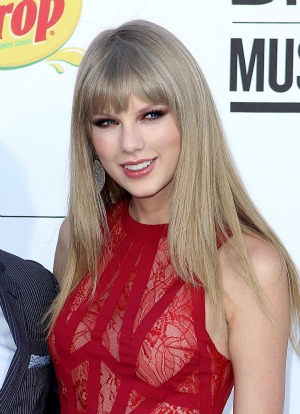 She promised that coming up very soon she would have some big news for us.

In a webcast session on Google Plus, the singer appeared in her Nashville living room, surrounded by some lucky fans.

“I’ve been working on this record so hard for so long,” said Swift, according to USA Today. “We’re really into details.”

She answered questions from fans all around the world, announcing that the album would be called Red and will be released Oct. 22.

The album name has to do more with what red represents than the color itself.

“I wrote a song called ‘Red,’ and thinking about what that means to me and all the different emotions that are written about in this album,” she said, according to USA Today. “Crazy, intense, semi-toxic relationships that I’ve experienced in the past two years. In my mind, all of those emotions are red. …There’s nothing beige about any of those feelings.”

In step with those feelings, Swift played the first song released from the album, “We Are Never Ever Getting Back Together.” The singer said the song is a “really, really romantic song to my lovely ex-boyfriend,” said USA Today.

Swift also said that unlike her last album, she didn’t write all the songs this time, saying there will be many collaborations.

The album will feature 16 songs, down from the 30 to 35 that were written, said USA Today.

After the chat, Swift posted on her Twitter: “’We Are Never Ever Getting Back Together‘ will be available @ iTunes and Google Play sometime tonight! Keep checking back and I love you.”