The VP candidate said Stewart is not only the funniest person in the country, but also admires how tasteful his jokes are. 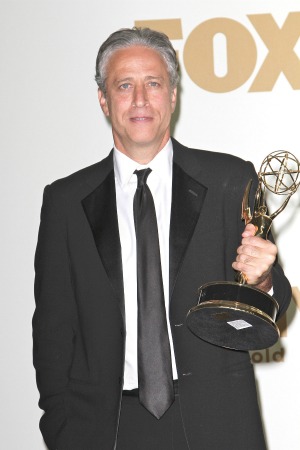 The voters of the United States are still trying to figure out who Paul Ryan is. It has been just two days since presidential candidate Mitt Romney chose Ryan as his running mate, but the Wisconsin politician has yet to appear publicly without Romney.

One thing that supporters and critics alike probably wouldn’t have guessed is that Ryan is a big fan of Jon Stewart and The Daily Show.

Back in 2011, Ryan did an interview on a local channel in Wisconsin and divulged some secrets about himself.

Local Vision TV host Tony Huml, who also went to high school with Ryan, asked the future vice-presidential nominee who he thought is the funniest person in America.

According to the Huffington Post, Ryan first answered the question jokingly, saying he thinks he is the funniest. But then he gives his honest answer.

“This may sound funny coming from me, but I’d say Jon Stewart,” Ryan said in the interview, according to the Huffington Post. And he even went on to say he felt Stewart’s jokes were “tasteful.”

The interview could have been a pre-emptive strike, since many politicians dread the interview on The Daily Show. And so far, Ryan has gotten off relatively easy.

“In episodes where Stewart joked about Ryan’s budget plan last summer,” said the Huffington Post, “he also poked fun at the media fawning of Ryan’s good looks, calling him a ‘Wisconsin dreamboat’ and the head of the ‘Hunk Budget Committee.’”

Ryan is likely to appear on the show at some point, which seems to have become a must for politicians when running. But with the election less than three months away, his time is running out. It sounds like as a fan, he would be honored to be on the show and go head to head with Jon Stewart at some point.

Since according to him, they are, after all, the two funniest people in America.