The singer made her love for the Kennedys official, as she is now their neighbor. Last week she bought the house right across the street from the famous family. 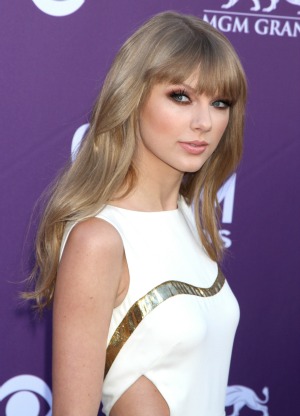 That seems to be the path Taylor Swift is attempting to walk down. Not only is the 22-year-old singer currently dating Ethel Kennedy’s grandson Conor, but she reportedly bought the house across the street last week.

The realtor for the home confirmed the purchase to People.

“It’s in a beautiful location and right across the street from Conor and the Kennedys,” the realtor said. “It’s a beautiful home. She got a nice home, paid fair price. The house was on the market for two to four years.”

Before Swift starting dating Kennedy, she was already friends with his family. She appeared at the premiere of Ethel and has long talked about how much she loves the family.

“The only time in my life I have ever been starstruck was meeting Caroline and Ethel Kennedy,” said Swift, according to the NY Daily News. “I got to spend the afternoon with Ethel a couple of weeks ago. She is one of my favorites, because you look back at the pictures of her and Bobby and they always look like they are having the most fun out of everybody.”

Since then though, she has been spending more and more time with the family. And it looks like she finally decided to make it a permanent move.

According to the realtor handling the listing, the home is a 1928 13-room, 7-bath home.

“[The home was] originally listed for $14 million but was ‘way overpriced,’” said People. “Local reports say Swift scooped it up for $4.9 million.”

“She’s a great friend of all of ours,” Rory Kennedy said, according to the Boston Herald. “She’s awesome and we love her.”

In all this, let’s hope buying a home next to her boyfriend’s family’s home doesn’t scare him away. But for Swift, she seems to be in love enough with the family that she would stick around even if the relationship with Conor doesn’t work out.