The Olympic commentators had a lot under their belts, so it’s understandable they would occasionally make mistakes. But Saturday, they mistook an actor for the man he played in a movie, leading to yet another use of the hashtag #NBCFail. 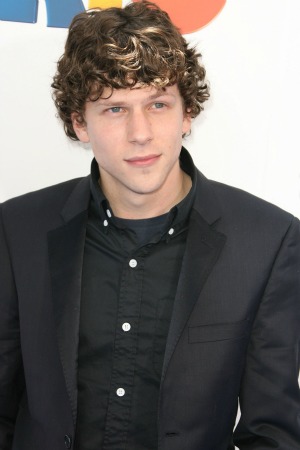 Sometimes art really does imitate real life. This couldn’t have been truer than at the gold-medal basketball game on Saturday at the Olympics.

Actor Jesse Eisenberg was in the audience of the game, and at one point the camera panned to him and his lady friend.

“I know I’m going to put that picture on Facebook,” Bob Fitzgerald said when the camera showed Eisenberg, according to CNN. “We’ve got every executive of note, it seems, worldwide, attending these Games.”

Executive? Jesse Eisenberg? They must be confusing him for someone.

Eisenberg played Mark Zuckerberg, the founder of Facebook, in the 2010 film The Social Network. And while NBC never mentions the real Zuckerberg by name in the clip, it sure seemed like that’s what they were hinting at.

“Hey ball announcer: that was Jesse Eisenberg who played Marc Zuckerberg in a movie. He didn’t create Facebook. #Olympics #NBCfail” one user wrote on Twitter, according to CNN.

Another wrote — “The Eisenberg Principle — When you are absolutely certain that you’re looking at Mark Zuckerberg but it’s really Jesse Einsenberg. #NBCFail.”

It just added to the hashtag that had been used the entire Olympics. Sunday night, the hashtag was again used en masse when NBC in the United States decided to cut out Muse’s performance from their broadcast, as well as delaying The Who’s performance.

“Wow, NBC cut Muse, Kate Bush and freaking Ray Davies out of their broadcast. Oh, and The Who? In an hour after Animal Practice.#NBCfail,” said one user.

A radio morning show from Los Angeles wrote – “How awesome was @Muse at the #Olympics last night? That’s right. It wasn’t aired in the US… #NBCFAIL.”

And yet another wrote — “Gee, I can’t wait for the #ClosingCeremonies to be over so I can watch Animal Practice” – No One Ever. #NBCFail”

However, while the #NBCFail hashtag was wildly popular on Twitter, NBC’s ratings were some of the highest ever. It would lead people to believe that even though America likes to complain, they still want to see what happens.

You can watch the clip at the basketball game here.