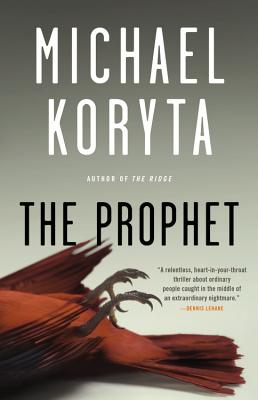 The Austin brothers, well known in the small town of Chambers, Ohio, barely cross paths. Kent is the beloved high school football coach, who thinks he can take his team all the way to a state championship. He is a sober, god-fearing man, devoted to his family and students. Adam, however, is the local bail bondsman, whose job lands him in bar fights and whose girlfriend’s husband is serving a long prison sentence.

Family tragedy sometimes draws people together, but after their sister, Marie, was murdered 22 years ago when they were teenagers, an unbridgeable gap separated the brothers. Kent eventually found religion and moved forward, but Adam still holds on to the past and lives part of his life in “the before.” When a 17-year-old girl is found murdered in October, Kent and Adam are unexpectedly linked by the crime.

Michael Koryta’s ninth novel deftly twists the murder investigation and the pursuit of the football championship around the Austin brothers, whose relationship and struggles form the core of the story. Naturally, the teen’s death brings back memories of their sister’s murder, and, as before, Adam feels that he could have been a better protector. Kent, however, knows that Marie’s confessed killer died in prison. But when Kent’s family is threatened, he accepts that he must find a way to connect to his brother and help find the murderer.

Koryta draws you into the world of Chambers, bit by bit, revealing the Austins’ past and the details of the current crime so carefully that you are hooked before you know it. The Prophet is a very literary novel that beautifully depicts the Midwest culture of high school football in a circumscribed community.

It is a small town, close-knit. Or invasive. You picked the word depending on your role in it, the way it impacted you. The familiarity, the way everyone knew everyone else, either wrapped warm arms around you or pried with cold, cruel fingers. (p. 56)

Michael Koryta’s standalone novel offers an exciting combination of sports drama and disturbing murder tempered by Kent and Adam’s emotional journey of grief and redemption. From the opening scene, which takes you into the mind of the killer, to the action-packed ending that ties the trio of threads together, you’ll find it difficult to put down The Prophet.