This film was a darling of the Sundance Film Festival for its ability to capture a complex teen on a dangerous journey of self-discovery. Juno Temple shines in this road trip movie that could be called Thelma and Louise for teen girls. 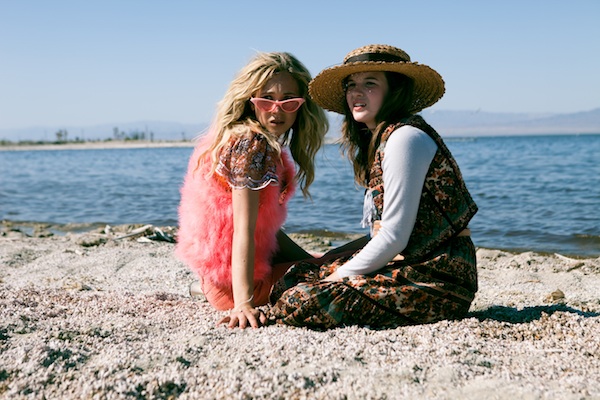 Perfect for those who love their indie films gritty and raw

The Salton Sea is a highly saline lake on the San Andreas fault, complete with mud volcanoes and trailer parks filled with tweekers. It’s hot and salty. The sewage runoff stinks. It’s not a place anyone would want to visit, let alone call home.

15-year-old Lily (Juno Temple) is like an emotional tornado —  when she hits, it’s loud and there’s lots of damage. Lily is friends with (or more like a bully to) Alison (Kay Panabaker), a bright but timid girl who seems to worship Lily, despite her constant belittling.

Lily’s single mom Margaret (Leslie Mann) means well, but has no way to understand her complicated daughter who finds a strange relief when she cuts deep slices into her thigh.

Kate Bosworth makes a cameo as Lily’s aunt Bonnie, a washed-up young wife of an army vet with brain damage. This broken couple serves as metaphor for the future of this dry, salty town — bleak. 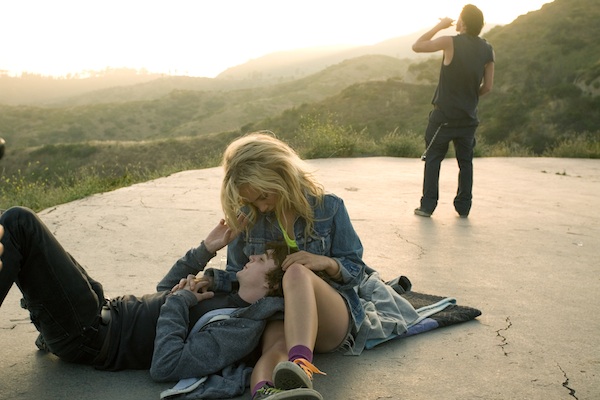 When Lily and Alison meet some teenage boys from Los Angeles, Lily immediately has sparks with Jesse (Kyle Gallner), a boy with his own troubles. In what could be one of the worst ideas ever put on film, Lily convinces Alison to steal a truck and drive to L.A. to hang out with these skateboarding bad-boys.

The boys live in a filthy, abandoned motel in Hollywood and lead a life of petty crime, which fascinates Lily. Constantly scowling at her best friend, Alison finally has enough when Lily and the boys decide they are going “rob a perv” by using Lily as bait for men looking to pay for underage action. Obviously, it doesn’t end up well. 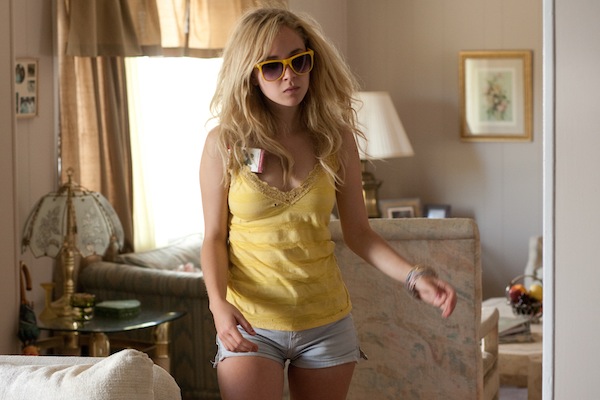 This story is about the loss of innocence and the depth of friendship. First time writer/director Elgin James handles these themes well, clearly inspired by the greatest chick-flick road movie of all time, Thelma and Louise. James also created the music for the movie, which may have been one step too far. Sometimes collaboration is better than a single point of view, particularly in film.

Bottom line: This is a powerful coming of age film with dynamic young actresses that will make you want to lock your teenage daughters in their rooms until they are 30. Enjoy!