The Bourne Legacy struck gold with audience members this weekend ranking number one at the box office when the newest edition to the spy-on-the-run series continued with Jeremy Renner as the star. 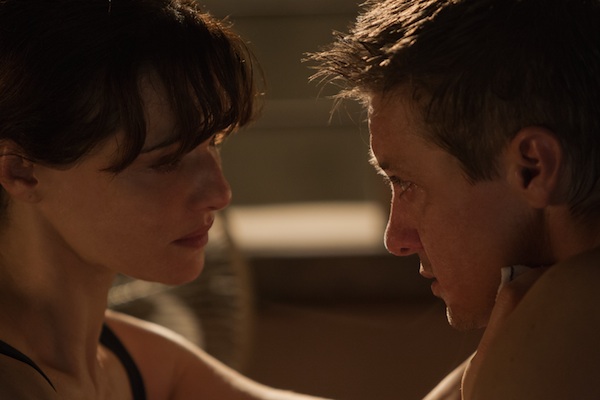 No Matt Damon? No problem for Bourne. The newest edition to the lucrative spy franchise, The Bourne Legacy, proved it’s the not the star, but the concept that keeps audiences intrigued. The action-thriller starring Jeremy Renner, Rachel Weisz and Edward Norton earned $40.3 million this weekend making it number one at the box office, according to The Los Angeles Times.

Movie review: The Bourne Legacy — the spy who I wished loved me >>

Sliding into second place this weekend is the political comedy, The Campaign, starring Zach Galifianakis and Will Ferrell about two idiots who face off in an election. The film grossed $27.4 million at the box office.

Kicked down from its three-week stint at number one, The Dark Knight Rises ranked number three this week with $19.5 million in returns. This Christian Bale and Anne Hathaway Batman movie brings an end to the Christopher Nolan reboot of the series.

Ranking fourth on the list this week is a surprise romantic comedy starring Meryl Streep and Tommy Lee Jones. Hope Springs, the story of a couple trying to reignite their love life after 20 odd years of marriage, has grossed an estimated $20.1 million in box office returns since it opened Wednesday.

Movie review: Hope Springs may save your marriage >>

The comedic tween flick about a kid whose parents want to stop his summer fun, Diary of a Wimpy Kid: Dog Days, grossed $9 million, bringing it in at number five this week, according to Deadline Hollywood.

Next up on the top ten list is the latest in the reboot craze, Total Recall. The remake of the 1990 film starring Arnold Schwarzenegger now has Colin Farrell and Kate Beckinsale at the center of sci-fi action. The film disappointed at the box office during its opening week, failing to lock in number one, and quickly dropping to sixth place its second week in the theaters with an estimated $8.5 million in returns. Some reboots aren’t worth rebooting, apparently.

Movie review: Total Recall is a heist at the memory bank >>

Rounding out the top ten are Ice Age: Continental Drift at number seven with $7.2 million, Step Up Revolution at number eight with $3.4 million and the spot for numbers nine and ten are tied between The Amazing Spider-Man and The Watch.