Rock suspiciously told the same joke that Ansari told a month ago. With neither comic talking about it, can there be an innocent answer why, or did he really steal his joke? 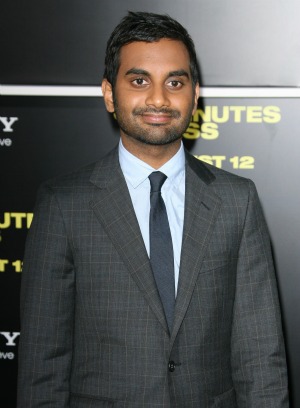 Parks and Recreation’s Aziz Ansari has long been a fan of Chris Rock’s, and is not shy about talking about it.

In an interview with Sirius radio a month ago, he talked about Rock, who has become a mentor of his. He also talked about stand-up comedy and how it is much more difficult than other jobs in the entertainment field, especially music.

“Specifically, he joked that Sting can perform ‘Every Breath You Take’ at every single concert and people love it, whereas comedians have to constantly be writing new material,” said the Huffington Post.

But on Thursday, Chris Rock appeared on The Daily Show and seemed to tell the same joke.

“[He] did a curiously similar bit about how hard it is to keep reinventing your stand-up act, also mentioning Sting but referring to his performing ‘Roxanne’ over and over again,” said the Huffington Post.

The question is: Why did this happen? Are the two comedians really just so similar they thought of these jokes independently? Did Rock steal Ansari’s joke? Or was he telling the joke as an ode to Ansari to say thanks for all his nice things he had said about him on the Sirius show?

Neither comedian has commented, so we are left to guess what might have happened.

Ansari’s comedy career could be said to be stronger than Rock’s currently. Not only is he still a regular cast member on Parks and Recreation, but he also just signed on for the New York Comedy Festival, an event which will also feature such performers as legendary comics Robin Williams, Ricky Gervais and Bill Maher. The festival will also feature Kevin Hart, Adam Carolla, Jim Gaffigan and the Wayans brothers. The festival is coming up Nov. 7-11, 2012 in venues all across New York City.

Rock recently interviewed with NPR’s Fresh Air, where he said that success and money don’t mean you are no longer a good comedian.

“Just because you’re doing well in life doesn’t mean you can’t complain, too,” he told the show.

Rock is currently starring in 2 Days in New York, where he plays one half of an interracial couple.