When Geppetto wanted a son, he carved one out of wood. In this fairy tale for the 21st century, a couple plants their hopes for a child in their garden. Just guess what grows… 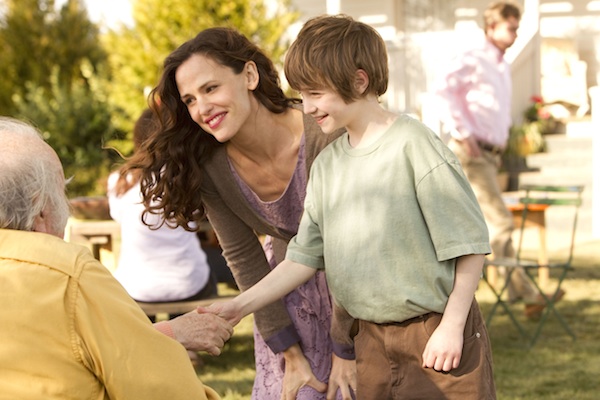 Cindy and Jim Green (Jennifer Garner and Joel Edgerton) live in the small town of Stanleyville, where both are employed by the town’s pencil factory. When the couple are told they are unable to conceive a baby, both are heartbroken.

Cindy throws herself a pity-party, which Jim crashes with a bottle of wine and a game of “what-if.” Instead of feeling sorry for themselves, they indulge in describing all the wonderful qualities their child would have such as a good heart, being a Picasso with a pencil, and the ability to kick the game-winning soccer goal. Jim writes down every delicious attribute of their dream boy.

Together, they put the scraps of paper into a wooden box and bury it in the garden. That night a storm comes and with a crack of thunder, Cindy and Jim awake to find a trail of mud that leads to a real-live boy. His name is Timothy. 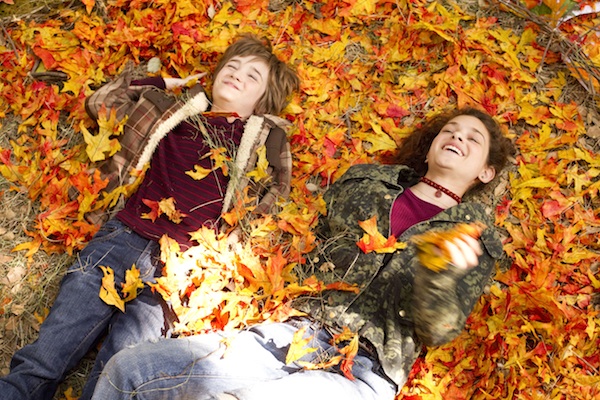 Timothy isn’t exactly like other 10-year-old boys, however — he has green leaves sprouting from his ankles. Not wanting Timothy to be made fun of, his new parents try to hide his flora with long socks. When he forms a friendship with a mysterious young girl, his secret is soon found out. She doesn’t mind, though. Turns out she has a secret of her own.

Meanwhile, the town’s pencil factory is threatening to shut down, which would spell disaster for most of Stanleyville’s residents. But don’t fret, this is a magical story and the tree-child manages to inspire his parents to find a solution that just might save the factory.

Jennifer Garner is beautiful but in very familiar territory as the loving matriarch whose sole purpose in life is to raise a child. Actor Joel Edgerton balances Garner well and, despite being Australian, makes the perfect America dad. CJ Adams is sweet and adorable as Timothy. 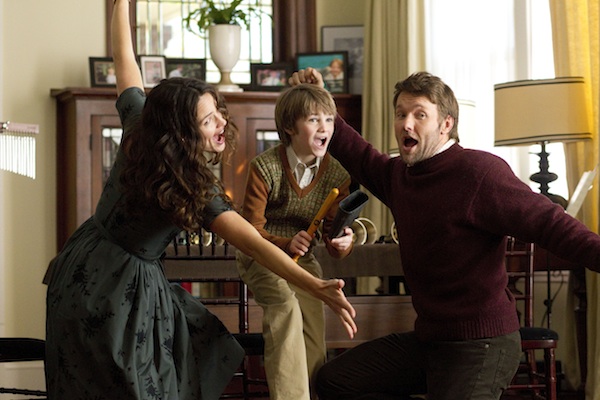 Director Peter Hedges also wrote the screenplay based on an idea by producer Ahmet Zappa (yes, Frank’s son) and succeeds in telling this fable of a film, but in no way reaches the “magic” of his previous films What’s Eating Gilbert Grape and About a Boy.

Bottom line:  The Odd Life of Timothy Green requires a lot of suspension of disbelief. While this may prove more difficult for the older folks in the audience, the youngsters will have no problem enjoying this film that sends a positive message.