Rihanna is setting the record straight. The singer appears on an upcoming episode of Oprah’s Next Chapter where she shows her vulnerable side. Is she really as bad as everyone says? 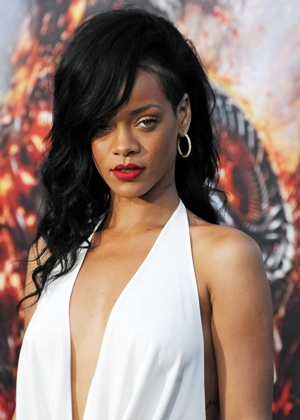 One of Oprah Winfrey‘s most anticipated interviews is heading our way. On Sunday, Aug, 19, OWN will air the Rihanna episode of Oprah’s Next Chapter. The singer and actress invited the host to her native Barbados for a casual, yet personal interview.

Today, a new promo’s been released featuring Rihanna as she gives Oprah a tour of her homeland. The veteran interviewer admitted she had reservations about the singer prior to the trip but was pleasantly surprised.

“I went there with my own ideas of who she was by watching the videos and listening to her music,” said Oprah. “I thought she was going to be kind of a badass, kind of a hard-edged rocker/pop woman. Nothing could have been farther from the truth.”

During their time together, Rihanna opened up about her greatest fear. “I’m super-duper afraid of the pedestal that comes with fame,” she said. She also explained the darker side of celebrity. “It’s amazing how lonely you can feel.”

Over the past year, Rihanna’s had her fair share of ups and downs. She made her big-screen acting debut in the action flick Battleship, but lost her beloved grandmother Clara “Dolly” Braithwaite to cancer. A lot has happened. There’s a moment in the interview where she sheds some tears. We can only assume what memory or incident brings them on.

Check out the preview below:

Will you tune in for Rihanna on Oprah’s Next Chapter?