If you’re anything like us, you spent so much time watching the Saved by the Bell gang walk the halls of Bayside High that you should get a letter jacket. And while Zack Morris proved to be the show’s breakout star, we contend that Lisa Turtle was actually the coolest kid in school. So where is everyone’s favorite fashionista now? 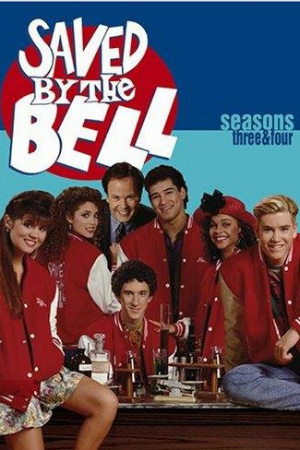 From 1989 – 1993, all tween and teenage eyes were locked on the parachute pants, side ponytails and melodramatic antics of six students at Bayside High. Who could forget mischief-maker (and real life heartthrob Mark-Paul Gosselaar) Zach Morris, sweet meathead A.C. Slater, world’s biggest nerd Screech, prom queen Kelly Kapowski, goody-two-shoes Jessie Spano, and sassy social butterfly Lisa Turtle? They were the in crowd, and we would have, like, totally traded our allowance to sit at their lunch table. It was Lisa though — played by actress Lark Voorhies — who had us running out to crimp our hair and buy a jean jacket in a feeble attempt to steal the Valley Girl’s signature style. She was pretty, funny, popular and always had the inside scoop… in short, she was the girl you wanted to be.

Many people have a hard time letting go of the glory days of high school, and the Bayside crew proved to be no exception. After they doffed those graduation gowns for the ceremonial march into adulthood, Voorhies and the posse tried to keep the Saved by the Bell spirit alive with Saved by the Bell: The College Years and Saved by the Bell: The New Class. Diehard fans still watched to see how their favorite highschoolers would fare outside of the hallowed halls of Bayside, but the spin-offs lacked the chemistry of the original — they felt a bit like the real-world equivalent of being in the presence of those college kids who still hit up high school parties. 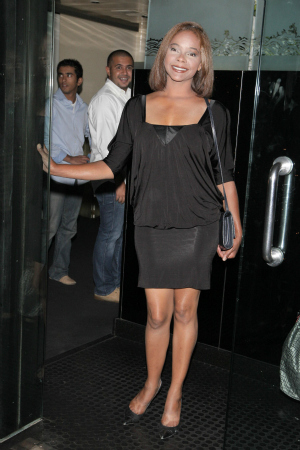 Coming out of her shell

With Lisa Turtle behind her, Voorhies moved out of the high-drama world of high school into an equally angsty arena: soap operas. From single mom Wendy Reardon on Days of Our Lives to fashion intern Jasmine Malone on The Bold and the Beautiful, our little Lisa found a new home on daytime TV until 2004. She then beebopped her legwarmer-ed legs onto the music scene, appearing in music videos like Kenny Lattimore’s “Never Too Busy,” Dru Hill’s “These are the Times” and Boyz II Men’s “On Bended Knee.” Between mildly embarrassing endorsement commercials for products such as Head and Shoulders and Oxy10, the former teenage dream logged short stints on saccharine shows like Family Matters. In 2001, she landed a major role in the film How High as a Harvard student and, later, starred in a movie adaptation of the book The Black Man’s Guide to Understanding Black Women.

One broken engagement (to funnyman Martin Lawrence) and a divorce later, Voorhies married Andy Prince in 2007 — leading to the actress’ biggest role yet… motherhood. She recently found herself on the receiving end of Lisa Turtle’s beloved gossip mill when she popped up in an interview for Yahoo’s The Yo Show looking, well, a little like a hot mess and not a lot like the fresh-faced fashion maven of yore. During the interview, she talks about starting her own production company and starring in its newest production (natch!) — which we’re going to go ahead and assume is code for couldn’t get anyone else to hire her. Seeing as she’s set to appear in VH1’s new reality TV series Miss You Much come fall, you’ll have to stay tuned to see if the now 38-year-old continues to set tongues wagging.