Given his morning TV appearances in the past few days, Ryan Lochte is almost certainly dipping his foot in the reality TV pool. While The Bachelor has been floated around, the matchmaking series is competing for Lochte’s affections with yet another popular TV show. 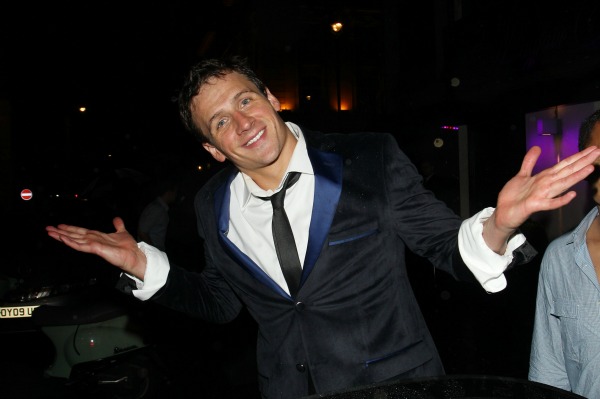 “I definitely want to move to L.A.,” the Olympic swimmer told Lauer, when asked about his segueing into a TV career. “I’m looking forward to Dancing with the Stars or The Bachelor.”

Earlier this week, Lochte also told ABC’s Good Morning America that, if given the choice, DWTS would be his pick.

“I definitely have to go with Dancing with the Stars, because it’s a competition and I have that competitive edge in me,” the 28-year-old said.

AceShowbiz is also reporting that Lochte’s agent was offered two concepts for his own reality show.

“It wouldn’t be your normal reality TV show because I’m definitely not your normal guy,” the swimmer said, by way of the site.

While the possibility of a show customized around Lochte raises more questions than it answers, the sheer volume of athletes on these reality shows speaks volumes.

Speed skater Apolo Anton Ohno and gymnast Shawn Johnson are counted among those Olympic champs who have also strutted their stuff on Dancing with the Stars.

And, while DWTS may be Lochte’s pick, The Bachelor makes more sense, according to Amy Rosenblum of media training company Media Masters.

“Ryan would make the perfect next ‘Bachelor’,” Rosenblum told The Huffington Post. “He has the ‘it’ factor.

“Especially after his mother’s one-night-stand comment, everyone wants to know who is the real Ryan and what would it be like to date him. Forget dancing shows — this guy should be doing dating shows, for sure.”